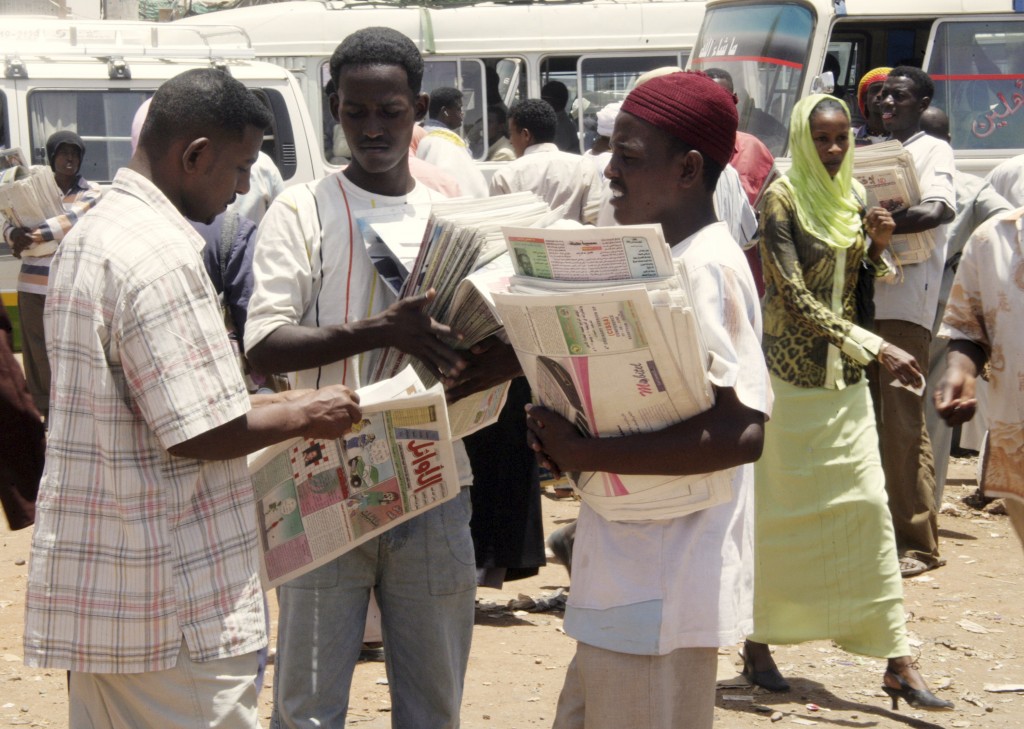 The moves included the confiscation of the entire print run of the pro-government Al-Hurra newspaper March 8, the fourth such seizure in a week, Reporters Without Borders said.

On March 5 copies Elaph, an independent business newspaper, were seized and the English-language newspaper Citizen was forbidden from printing its edition. The print run of the Al Jareed, Akhir Lahza and Al Sudani newspapers were seized March 4 and that of Al Ahram Al Youm’s was confiscated March 3.

The security service did not provide a reason for the move. The Sudan Tribune, a France-based website, cited an unnamed source
with the security agency saying the newspapers had committed “numerous breaches“ of reporting guidelines issued by the security apparatus.

This included coverage of Sudan’s border dispute with Egypt over the Halayeb region on the Red Sea coast as well as corruption in a state-run cotton company.

The moves against the press come six weeks after President Omar al-Bashir gave a speech calling for a renaissance in the war-torn nation and declared that the “freedom of people has to be respected," Agence France-Presse reported.

“The fact that English language newspapers as well as traditionally pro-government papers have been seized lately shows that the Sudanese government is becoming more radical in its censorship,“ said Cléa Kahn-Sriber, head of the Africa desk at Reporters Without Borders, in a statement.“This particular harmful strategy of seizing already printed newspapers amoutns to a de facto suspension of publications without having to come up wiht legal motives and while condemning these papers to a slow financial agony.“

The censorship comes as Sudan’s Constitutional Court granted the country’s press a rare victory. On March 5, it reversed an order by the security service that closed the privately-owned al-Tayar newspaper in 2012.