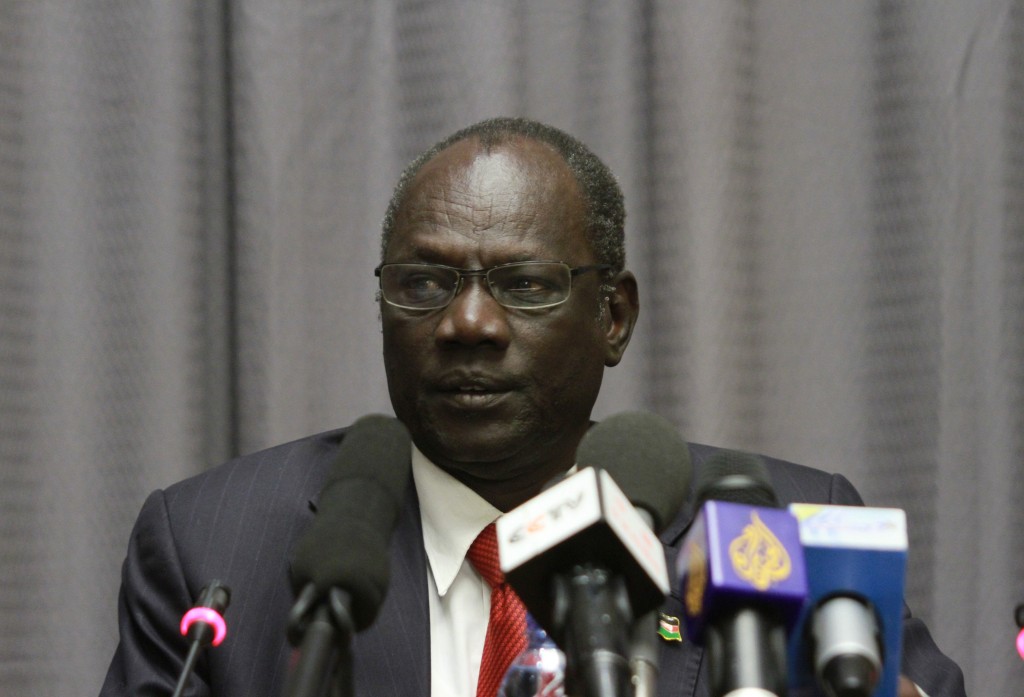 The government of South Sudan’s information minister has a warning for reporters covering the ongoing conflict in the country: don’t talk to the rebels.

The minister, Michael Minister Michael Makuei Lueth told reporters in the capital Juba March 5 that they could face arrest for “disseminating poison” or removal from the country if they broadcast rebel interviews, the Australian news outlet SBS reported.

Broadcasting rebel interviews is considered hostile propaganda and conflicts with the law, Lueth told the Voice of America in a March 11 interview. He did not specify which law.

“"When you go and interview a rebel who ran away from here and you come and play that interview on government territory, and you know that man is not friendly -- this is not the meaning of journalism," he told the U.S. radio network in a telephone interview.

"We will not allow any journalist who is hostile to the government to continue to disseminate this poison to the people," Lueth warned at a press conference.

The fighting between those loyal to President Salva Kiir and former Vice President Riek Machar began on Dec. 15 and has left thousands dead. The dispute has evolved into an ethnic conflict, pitting the Dinka and Nuer tribes against each other. On Jan. 3 the U.S. Department of State warned all U.S. citizens against traveling to the country and encouraged those currently there to depart immediately.

Journalists from the Dinka tribe and Nuer tribe are viewed as partial to their side and are unable to do their jobs and report objectively. Journalists do not interview both sides for fear of their lives and the wellbeing of their families, according to the Committee to Protect Journalists.

"The news in South Sudan is not balanced, it has become one-sided, the government side," Bonifacio Taban, a freelance journalist told CPJ.