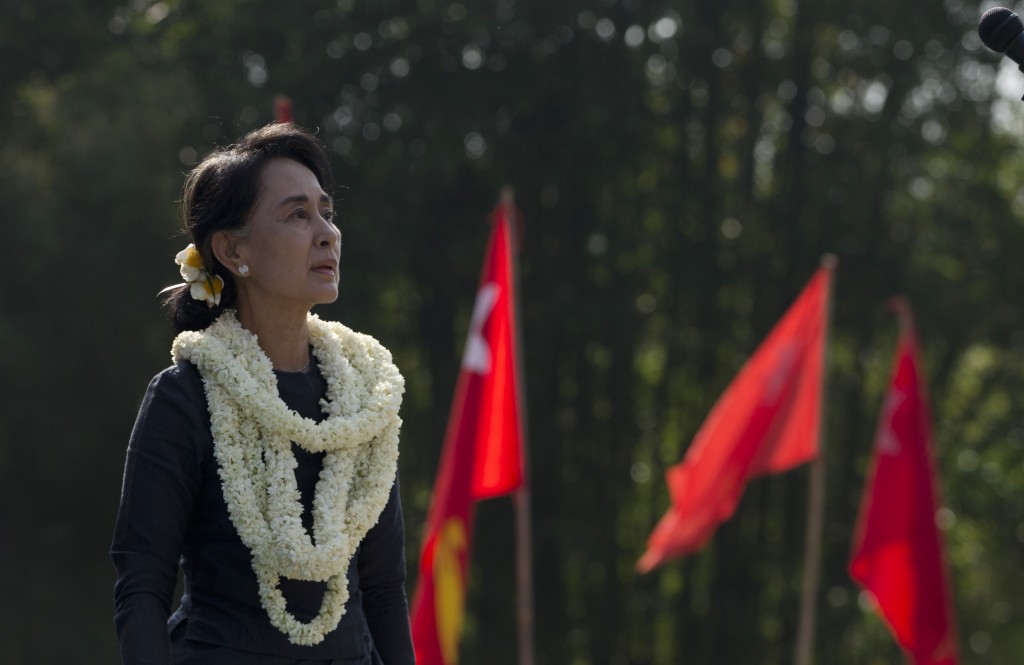 Author's note: A team from Global Journalist is currently attending and covering the East-West Center's Media Conference in Yangon, Myanmar. The team's report was edited by the East-West Center, and we have published the original text as prepared. Their edited version is available here.

YANGON - In a keynote speech to kick off the East-West Center's Media Conference, Aung San Suu Kyi addressed free press issues in both the developing and developed world.

The Burmese opposition leader discussed the important role the media plays in maintaining stability in Myanmar.

"We all have to remember the 2015 elections are a stepping stone in the long journey that lies ahead for our country," she noted. "We would like our press, our media, to help us in this quest, in this quest to lay the foundations for a society, for a nation, that is not just for us alive today, but for generations to come."

She also noted the press has an inherent obligation to citizens and should not shirk its duties to the public.

"Greater freedom demands greater responsibility if this freedom is not to be misused," she said. "Without a free press, we cannot really lay the foundations of a great democracy."

Suu Kyi said that increased levels of training and educational support can bolster the standard of a free press in any country, and that she hoped similar methods would come to fruition in Myanmar.

Another focus of her speech was the promotion of her new foundation, which seeks to raise both money and awareness for issues in Myanmar.

"The focus of the Suu Foundation will be the simplest but most fundamental things: healthcare and education," said actress Michelle Yeoh, who portrayed Suu Kyi in the film The Lady and serves on the foundation's board of directors.

Suu Kyi cited the needs to improve access to education and healthcare, areas where Myanmar has been lacking, in order to raise the country's status and socioeconomic profiles back to what they were in the past. Her speech was preceded by videotaped messages of support from former U.S. Secretary of State Hillary Rodham Clinton and former U.S. first lady Laura Bush, both of whom are serving as co-chairpersons of the foundation.

Following her speech, Suu Kyi took questions from the assemblage of Burmese and international journalists in attendance on the topic of free press issues. Though the moderators asked for a Burmese journalist to ask the first question, none volunteered until toward the end of the press availability.

Jim Brooke, the incoming editor of the English-language newspaper Cambodia Daily, chose to ask Suu Kyi about increasing violence between Rohingya and Rakhine peoples in western Myanmar. After a few seconds of silence from the audience, the Nobel Peace Prize laureate dodged the question.

Another minor kerfuffle arose at the end of the press conference as Shyamal Dutta, a Bangladeshi journalist attending the conference, tried to ask Suu Kyi a question. Moderators cut him off by saying the last question would go to Victoria Kennedy, a producer at CNN International. When Dutta began to protest and tried to get his question in, Suu Kyi tersely interrupted him by reiterating the final question would go to Kennedy.

"I assume that social media is there to promote the cause of a better society," Suu Kyi said, before saying reports on social media should be held to the same standard of responsibility as traditional media.