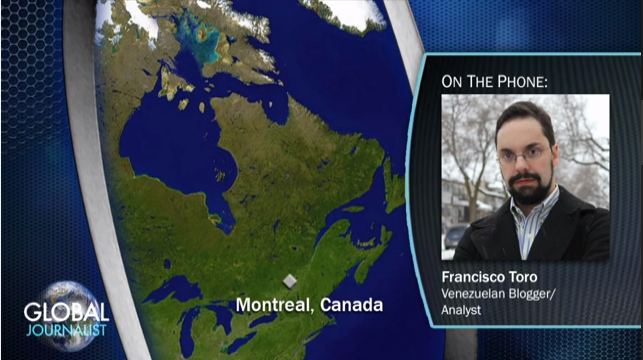 An economic crisis in a country with one of the highest murder rates in the world has led to a month of sometimes violent demonstrations in Venezuela. Polarization between supporters and opponents of President Nicolás Maduro's leftist government has left little room for compromise.

In the video above, Global Journalist Radio guests delved into the causes and core problems fueling the violent protests in Venezuela.