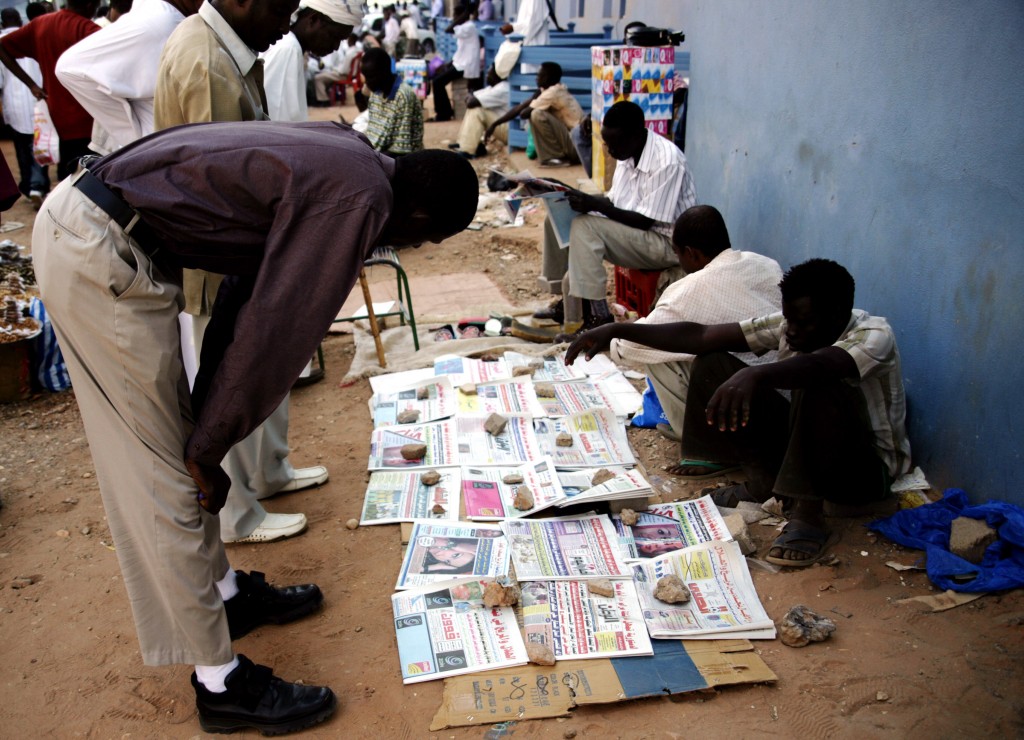 The Sudanese intelligence services seized issues of three local newspapers Tuesday following reports of a killing by a government-backed militia. Issues of the newspapers Al-Sahafa, Al-Ayam, and Alwan were confiscated by Sudan’s National Intelligence and Security Service, the France-based website Sudan Tribune reported.

The security services did not give an official reason for the confiscation. The Sudan Tribune cited unnamed journalists who said the reason behind the seizures was likely last week’s reports on the killing of a merchant at the hands of the Janjaweed, Sudanese pro-government militia.

Repeating restrictions on press freedom have been recently reported in the African country. According to Reporters Without Borders at least seven newspapers have been confiscated this year and more than 35 in 2013.

Cléa Kahn-Sriber, the head of the Reporters Without Borders’ Africa desk called the seizures acts of censorship, and said they are unacceptable and violate freedom of information. Instead of having a dialogue with the opposition and starting reforms “the regime’s repressive apparatus continues to do everything possible to gag the press and stifle any criticism,” Kahn-Sriber said, in a statement on the press group’s website.

Arabic-language daily Al-Jareeda had to stop publishing on Jan. 26 until further notice. The newspaper ran a report accusing finance minister Badr El Din Mahmoud of corruption and a series of stories about fuel and bread shortages. Al-Jareeda was targeted by government forces prior to its closure. Six separate issues of the newspaper were confiscated since September.