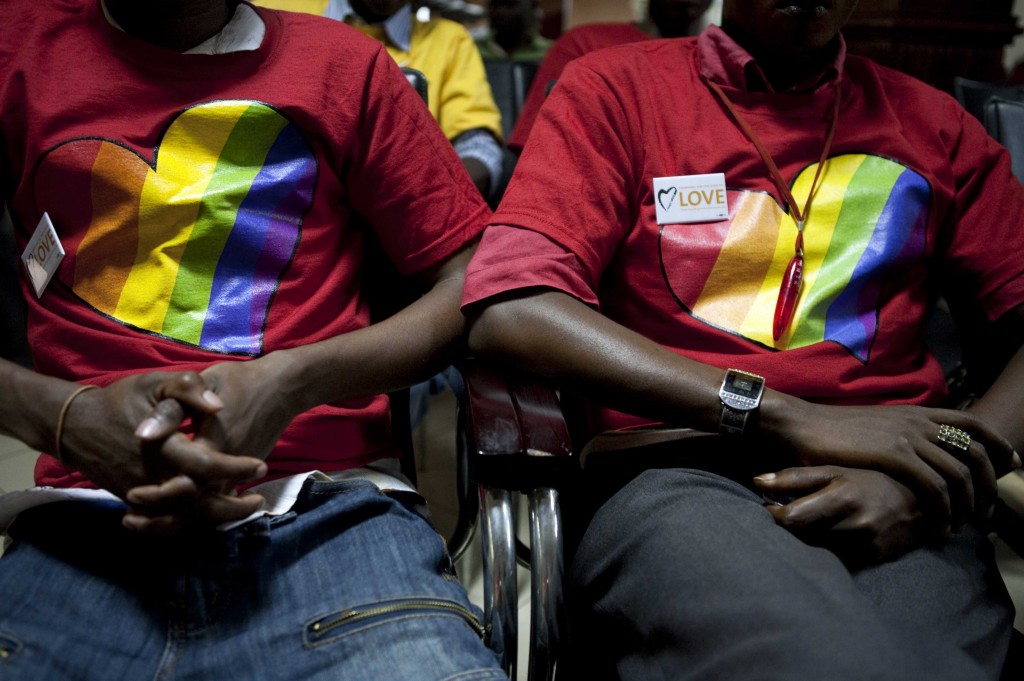 Gays and lesbians face harsh prison penalties or even death in most nations of sub-Saharan Africa. In many countries, homophobia is growing.

I met Ochuko at an online dating community for gay men. He told me that when he was online, he had to be careful. In his nation, being gay is a crime. Those found guilty can serve up to 14 years in prison.

Ochuko comes from Nigeria. His name is a fake—and of course the identity of people in online forums can be difficult to verify.. For security reasons, he said he refused to share his real name. Lesbians, gays, bisexuals and transsexuals are aggressively pursued everywhere in Nigeria, he said, both offline and online. “The police infiltrate the social gay networks to pretend as one to get to you.”

Nigeria strengthened its anti-gay law in December. The new law not only punishes homosexual acts, but also prohibits gatherings of homosexuals, same-sex kisses or participation in a partnering ceremony. In northern parts of Nigeria, Shariah (style) law can even be applied. In these areas, death by stoning is a prevailing fear.

A Worsening Climate for Gays

The legal situation in Nigeria is no exception in Africa. In 38 of the 48 sub-Saharan African countries, homosexual acts between men are criminalized. In 29 of these countries, the same laws apply to women. In most African nations, homosexuals face long-term imprisonment. In Nigeria, Sudan, Mauritania and Somalia they can face the death penalty.

Even as Western countries have relaxed punishments on homosexuals and in some cases legalized same-sex marriage, homophobia is spreading in Africa. In Nigeria, Senegal, Kenya, Ghana and Uganda, more than 90 percent of those surveyed by the Pew Research Center’s Global Attitudes Project believe homosexuality is unacceptable.

According to Amnesty International, homophobic attacks and harassment across sub-Saharan Africa are becoming more visible. The human rights group warns that homophobia is reaching dangerous levels and that living conditions for gays and lesbians are increasingly precarious. In Cameroon, people who merely appear to be gay are regularly arrested, even without other evidence, Amnesty says.

Lesbians, gays, bisexual and transgender people face a difficult legal climate in Africa. This map gives an overview of the legal landscape. In four countries, homosexual activity can be punished by death.

A “Perversion of the Whites”

In Nigeria, the fear of being arrested is widespread. Ochuko said he always had to be careful when meeting new people. He no longer trusts anyone, except old friends. “Gay people could blackmail one another to extort money from another due to the new law,” he said.

Dates with other gays can only be arranged through the Internet, he said. A gay scene does not exist.

Many Christian denominations and Muslim leaders reinforce the idea of homosexuality as a Western import. The Catholic Bishops’ Conference of Nigeria praised Nigerian President Goodluck Jonathan for the new anti-gay law in a letter, stating, “We commend you for this courageous and wise decision and pray that God will continue to bless, guide and protect you and your administration against the conspiracy of the developed world to make our country and continent, the dumping ground for the promotion of all immoral practices.”

Rashidi Williams, the 26-year-old leader of the gay rights activist group Queer Alliance Nigeria (QAN), sees another reason behind the prevailing culture of homophobia in Africa. “The white man's religion brought the disease called homophobia,” he said in an interview with Global Journalist.

Williams works for the rights of sexual minorities with Queer Alliance Nigeria. That’s in spite of the fact that under Nigeria’s new law, his group is illegal. He said he fears the police, because “it is known to torture and treat people inhumanely.”

Living with violence in whatever form it appears is a daily part of his work, but Williams said he’s willing to take the risk.

“If we don’t fight for the change now, who will?” he said. “The developed world went through the same process. It is our turn to make Nigeria the country we want to live in. Change is actually taking risk to have a better tomorrow.”

QAN’s work consists of informing people about sexual diversity and human rights. Outreach through social media is essential to their cause. “The world is becom[ing] a global village, one can quickly identify two or three LGBT people with social media, interact with them and make them to think in your line,” he says. “That is the spark for community activities.”

Williams sees the decriminalization of homosexuality as a top priority. It would open the path to constructive dialogue on sexual diversities. For this he hopes for greater international support. “We need help to build the capacities of advocates, funds for emergency operations, litigation, safety and security,” he said.

South Africa is one of the few nations that has laws to protect LGBTs.. In the nation’s post-apartheid constitution, adopted in 1996, sexual discrimination is expressly prohibited. But, as in many other places, the law doesn’t fully protect people from anti-gay violence. There are frequent reports of gays and lesbians who were victims of “correctional rapes,” whereby individuals are raped as an attempt to heal them of their alleged abnormality. Even high profile members of society aren’t immune. In 2008, Eudy Simelane, a member of the South Africa’s national women’s soccer team who lived openly as lesbian, was raped and murdered near Johannesburg.

Ochuku from Nigeria said people tried to “heal” him as well. When he came out as gay, long before the new law was passed, his family put him in a psychiatric hospital. Even now, he feels like he has few options in his home country.

“I just want to leave Nigeria,” he says.