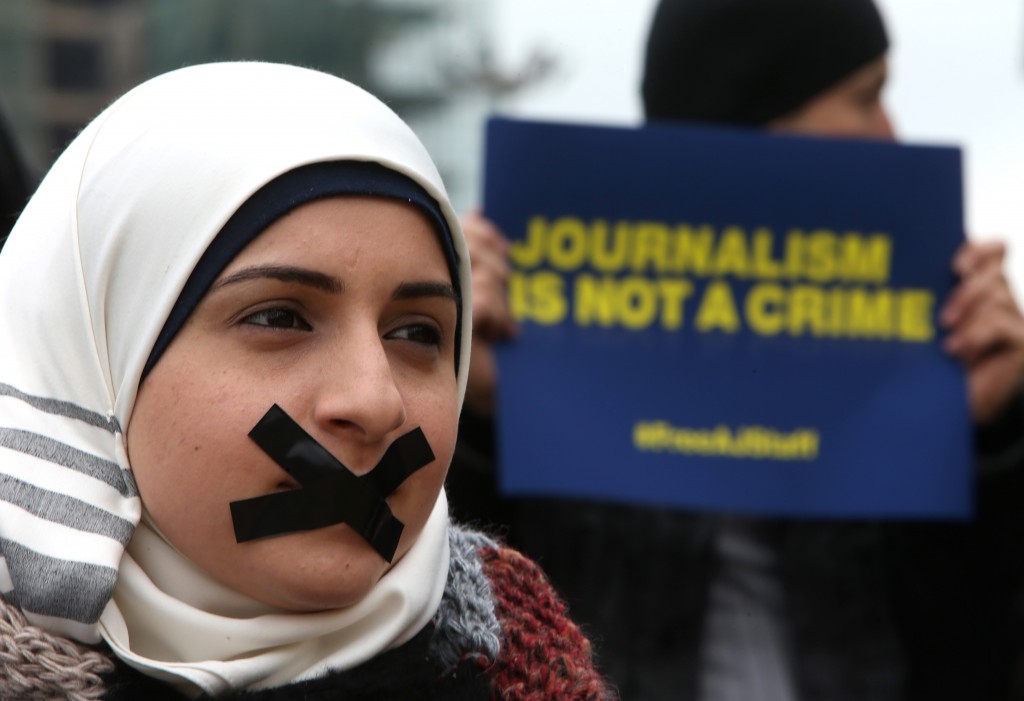 A journalist covers her mouth with a tape to show her solidarity with detained journalists by Egyptian authorities during a sit-in, at the Martyrs square in downtown Beirut, Lebanon, Thursday, Feb. 27, 2014. Photo Credit: AP Photo/Hussein Malla

Global Journalist stands in solidarity with the international community in a Global Day of Action asking for the release of detained Al Jazeera journalists.

Journalists Peter Greste, Mohamed Fahmy and Baher Mohamed have been detained in Egypt since last year. They are charged with spreading false news and having links to a "terrorist organization." The three men pleaded not guilty in a trial on Thursday that has now been adjourned until March 5.