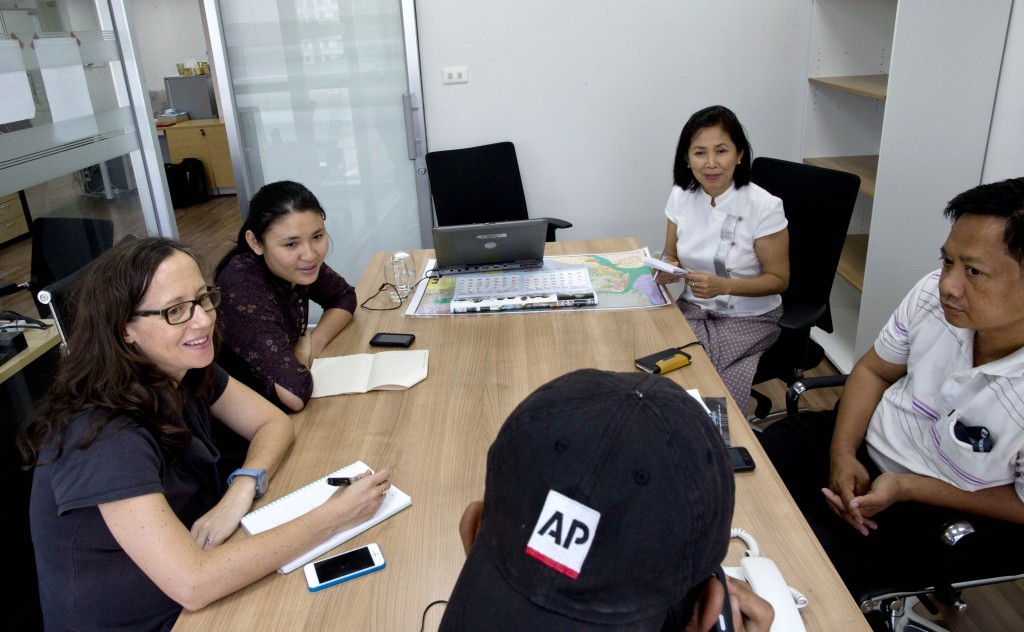 For more than two decades, Aye Aye Win has provided the world with an inside glimpse into life in Myanmar, filing stories for the Associated Press in the country formerly known as Burma. In that time, she’s covered protests, natural disasters, and the rapid push towards democracy in recent years.

It certainly wasn't easy reporting in one of the most restrictive countries in the world. Win was periodically threatened, questioned and monitored by authorities, and was even labeled a traitor in the state-run media. These days, she works out of the Associated Press bureau in Yangon, the first international news bureau since the country relaxed restrictions on journalists for the first time since 1962.

In October 2013, she visited Columbia, Missouri to receive an award from the Missouri School of Journalism.

While there, she spoke to Global Journalist about her career, the difficulties she encountered reporting in Myanmar, and the rapid democratization that’s taken place in her country over the past few years.