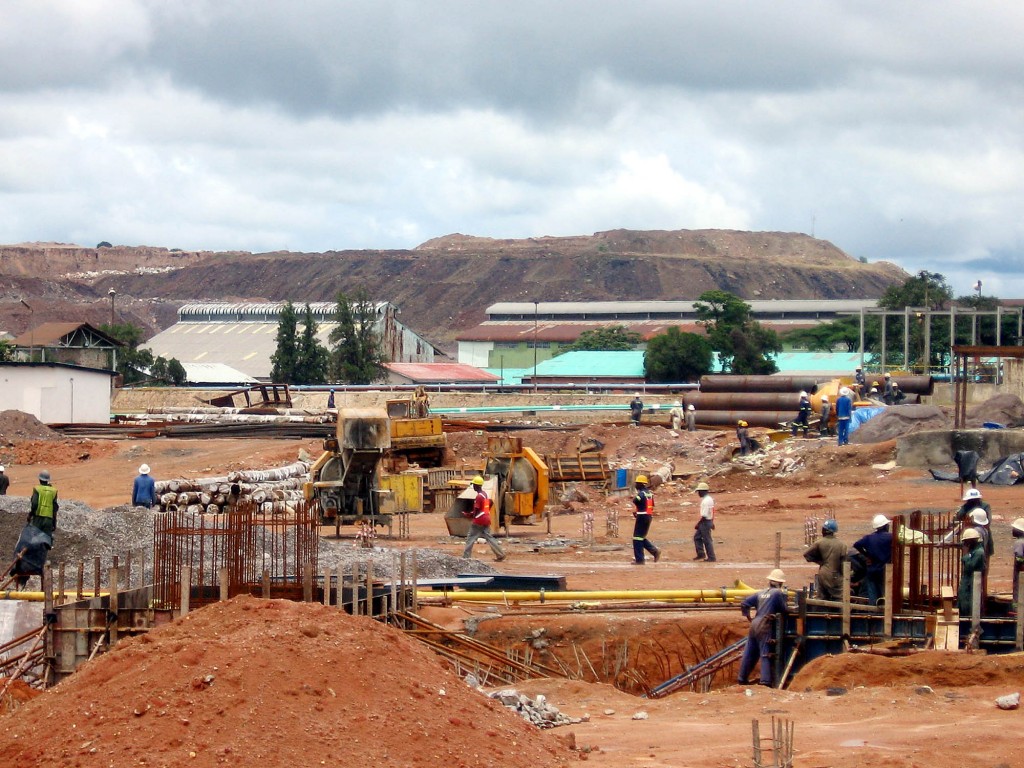 According to the 2013 Africa Progress Report “the revenues secured by many resource-rich countries appear to be very low in relation to the value of exports, and compared with international standards.” The report underlines the worry that multinational companies are exploiting African nations such as Zambia for their resources. It stated, while Zambia’s minerals industry exported a total of US$10 billion in 2011, Zambia itself collected only US$240 million in tax mining revenue, which amounts to just 2.4 percent of the revenue from mineral exports.

Along with political corruption and a history of mine mishandling by the government, corporate tax evasion has also been blamed for the shortcomings in Zambia’s social and economic development. In 2012, Zambia reported an annual loss around US$2 billion due to tax avoidance and blamed the mining industry as the main source for this loss. Miles Sampa, Zambia’s Deputy Finance Minister said that only two mines claimed profits in that year and that “the other mines for one reason or another, some genuine, some not, are always making losses. Most of it is due to transfer pricing or tax avoidance.”

What is trade mispricing?

The Africa Progress Panel reported that “Africa now loses more through trade mispricing than it receives in either international aid or foreign direct investments.”

The Tax Justice Network states, "Transfer pricing happens whenever two related companies — that is, a parent company and a subsidiary, or two subsidiaries controlled by a common parent — trade with each other." It reports that, while transfer pricing itself is not illegal, transfer mispricing is.

One form of trade misplacing is reinvoicing, where by a company distorts the value of a good, often undervaluing it in one invoice and then selling it to a fellow subsidiary at the lowered rate. This means that the original seller (say a mining company located in Zambia) can report low profits from the sale and will thus pay less tax.

Often the subsidiaries that buy the distorted-value product are located in tax havens — countries with relatively low tax rates. Thereafter, companies alter the value of the good on a different invoice, often raising it to a much higher price, before selling it to importing nations. While these subsidiaries turn over a high profit by raising the commodity price, they pay little tax on their profit because they are located in low-tax havens.

The documentary “Stealing Africa — Why Poverty?” suggests that the combined use of tax havens and trade mispricing practices are partially to blame for Zambia’s losses.

In their 2013 report on illicit financial flows (IFFs) from Africa, Global Financial Integrity and the African Development Bank said that, in resource-rich countries, “the natural resource sector is usually the main source of illicit financial flows.” It defines IFFs as funds earned through corruption, illegal business practices, such as tax evasion, and criminal activities. According to their report, Zambia has lost approximately US$8.8 million in IFFs from 2001 to 2010.

Dev Kar, the Chief Economist at Global Financial Integrity said, “The vast majority of IFFs are accounted for by commercial activity, and their use of the illegal practice of misinvoicing trade.”

Nicholas Shaxson, in his novel "Treasure Islands", said, “Traditionally, the corruption indices, such as from the World Bank and Transparency International always end up pointing the finger at African countries, but, with the recent arrival of measures such as the Financial Secrecy Index, we are beginning to see the finger pointed back at the handlers, the facilitators of illicit financial flows: western banks and tax havens.”

Shaxson reports that the structure of multinational banks and tax havens further enable IFFs and help keep them under the radar. He also stated that loss of revenue due to tax avoidance creates a hole in a nation’s budget, which the public must then pay for. This places a major burden on a nation’s citizens, which is particularly troubling for those in poverty-stricken countries like Zambia.

A brief history of copper mining

In 1972, 10 years after the country became an independent state, Zambia took ownership of its copper mines. In the years that followed up until the mines were privatized, the price of copper remained relatively low and stagnant — as did government revenue from the mining industry. First Quantum, a leading producer of Zambian copper, told Bloomberg that Zambia lost over $1 million a day while under government control.

By the 1990s, Zambia had accumulated massive foreign debt and was facing pressure from the International Monetary Fund and the World Bank, both of whom who were threatening to refuse Zambia further aid. Under such circumstances, the government signed a series of agreements to allow for the mines to become privatized.

Since privatization, both the production and price of copper have risen significantly, along with the price of other minerals. The International Center for Tax and Development (ICTD) estimated that foreign investments in Zambia totalling US$3-4 billion have since been made.

The ICTD also reported that a diverse number of foreign investors have staked their claim in Zambia’s mines, including the Swiss (Glencore), Canada (First Quantum Minerals Ltd), India (Vedanta) and China (several companies and small operations). The African Progress Report stated that relations among such multinational companies often involve complex partnerships and overlaps.

Although Zambia still currently owns a minority share in the mines through its holding company, Zambia Consolidated Copper Mines Investments Holdings Plc (ZCCM-IH), a recent Bloomberg report has revealed that this may soon change. Zambia’s Mines Minister Christopher Yaluma said that the government is set on moving further toward privatization and is likely to cut its 87.6 percent stake in ZCCM-IH to less than 50 percent.

The African Progress Report stated that tax reform has been difficult for many resource rich nations. It added that when Zambia made an effort to raise its copper royalty tax, “major investors opposed the measure despite a four-fold increase in the price of copper between 2000 and 2011, and the very low effective tax rates that transnational companies were paying.” It was not until 2012 that Zambia raised its royalty rate from 3 percent to 6 percent.

The current Zambian government, led by the Patriotic Front party and President Michael Sata, is taking step toward getting more out of the mining industry. In addition to ordering audits of mining companies, it recently passed a law requiring that the export of goods valued over US$10,000 be cleared through the central bank.