When Canadian Mining Companies Take Over the World 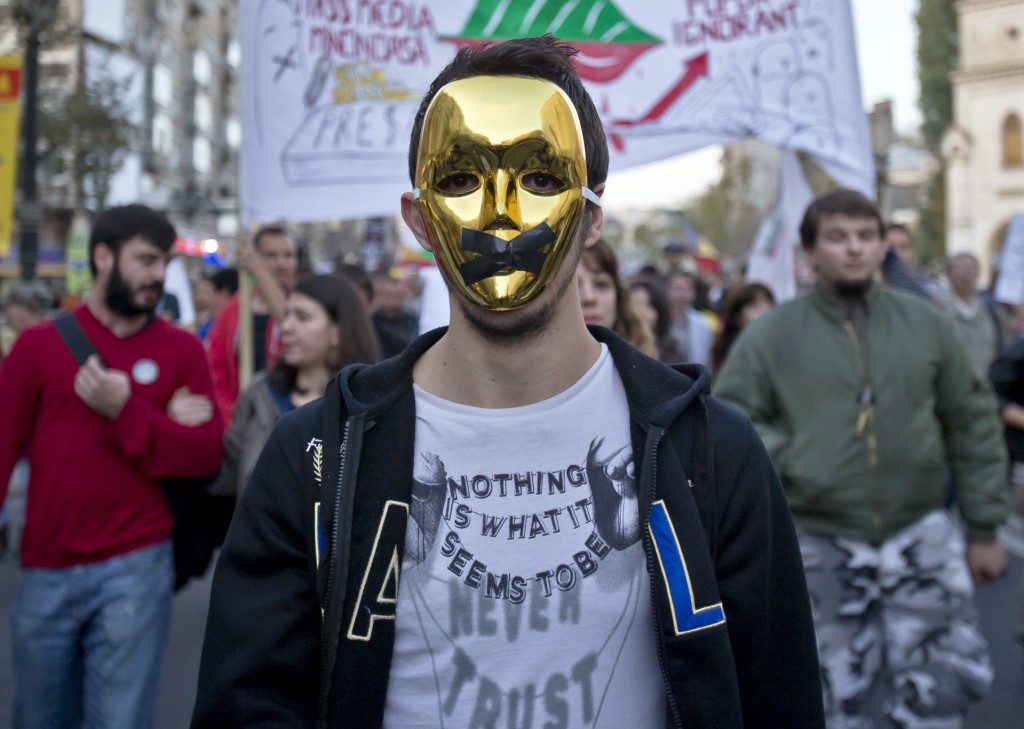 Plans to build Europe’s largest gold mine in Romania mobilized tens of thousands of protesters within the country and worldwide, sparking debate about the environmental impact of the project and the government’s role in its construction.

Non-profit advocacy organization Mining Watch Canada has been monitoring Canadian mining companies’ global actions since its founding in 1999. Jamie Kneen, a research coordinator with the group, said there are several reasons Canada has become the most popular base for these companies.

Whereas American companies can be prosecuted for environmental and social policies abroad under the U.S. Alien Tort Statute, Canada does not have any laws to hold companies accountable.

“Only two Canadian laws apply internationally to mining practices, and one is against having sex with children,” Kneen said. “The other is against bribery and corruption.” However, he said the Canadian federal government told Mining Watch that it is difficult to apply these laws.

“They’ve had a lot of resources thrown their way to try and make Canada look better as far as bribery and corruption activity abroad, but there’s way more than they can keep tabs on,” he said. “It’s just kind of, cross your fingers and hope that they act responsibly.”

In 2009, the opposition Liberals introduced Bill C-300, a law designed to set international standards regarding human rights and the environment for Canada-based corporations, but the bill was defeated.

According to the International Business Times, a leaked report from 2010 (funded by the Prospectors and Developers Association of Canada) found that of the 171 high-profile incidents of pollution, human rights violations, and unethical behavior, 34 percent were committed by Canadian companies.

The companies’ actions and the government’s inability to regulate them have gained Canada a reputation as “worst offenders in environmental, human rights and other abuses around the world.”

Mineral resources have been a major interest in Africa since its colonization in the late 19th century, and historically, European countries like the U.K. or France have dominated trade in the continent.

Today, Canada is the largest stakeholder in Africa’s mining sector. As of 2011, 155 Canadian companies were operating in 39 countries in Africa, All Africa reported. The top countries Canadian companies do business with in Africa as of 2011 were, in order: Zambia, Mauritania, South Africa, Madagascar, Democratic Republic of the Congo, Ghana, Tanzania, Mali, Senegal, and Eritrea. The combined assets of Canadian mining companies in Africa totalled more than $30.8 billion in 2011.

Canadian mining companies have allegedly been responsible for many human rights abuses in Africa. In 2005, Quebec-based Anvil Mining Ltd was accused of providing logistical support to Congolese soldiers as they attacked the town of Kilwa. The soldiers killed more than 70 people and raped and injured many others. The victims of the attack brought a class action lawsuit against Anvil Mining Ltd., but the case was thrown out by Canada’s Supreme court, which ruled the complaint should be heard in Congo instead.

The UN said the case “demonstrates the difficulty in proving the legal responsibility of private companies in the perpetration of serious human rights abuses and violations of international humanitarian law.”

It is estimated that up to half of the gold mining in Africa is carried out by child laborers. Much of the gold is produced in small-scale mines and sold to larger companies, so it is unclear which companies are benefitting from the labor. Canada-based Artisanal Gold Council said it is working to implement tracking programs to prevent these human rights abuses.

Africa represents only 21.5 percent of Canadian assets abroad — the majority are in Latin America. Canadian companies operate 80 mining projects in South America and have 48 more in development, according to a 2013 North-South Institute Report.

The institute estimated the total revenue of Canadian mining investments in the region as more than $19 billion. The majority of Canadian companies’ interaction with Latin America is in Mexico, which accounts for almost $5 billion of the revenue. Peru comes in second at almost $2 billion. The top Canadian mining companies in Latin America are Barrick Gold, Teck, Yamana Gold, Goldcord, Kinross Gold, and Pan-American Silver.

Mining in Latin America is seeing increasing amounts of backlash this year, in the form of protests by citizens and legal resistance from politicians.

On March 18, tens of thousands of people marched through the streets of Bucaramanga, Colombia to protest the gold mining project of Vancouver-based Eco Oro Minerals Corp. The protests targeted company plans to mine for gold at high altitudes; protesters argued it will hurt the ecosystem and affect the city’s only clean water supply. This was the fourth, and largest, anti-gold-mining demonstration in the area since 2010.

In Nicaragua, a group of more than 5,000 locals and Catholic priests protested on March 21 against a project owned by B2Gold Corp. The mining industry in Nicaragua is the fastest growing in Latin America.

On Sept. 12, Brazilian prosecutors blocked a permit from Belo Sun Mining Corp to build the country’s biggest gold mine yet. Prosecutors said the company failed to study the impact the project would have on local indigenous communities and the Amazon River.

Operations in Asia represent 11 percent of Canada mining companies’ assets, with the majority based in China and Kyrgyzstan.

Toronto-based Kumtor Gold Mine in Kyrgyzstan is facing a potential shutdown, not due to human rights abuses but because workers want to nationalize the mine. Workers have been protesting since March, demanding that the government take full control of the mine, which accounts for 12 percent of the country’s entire economy. The government is expected to vote on it in coming months.

Protests erupted in Tibet after a landslide on the site of Canadian company China Gold International in Tibet buried 83 workers in March. Chinese State media reported the landslide as a “natural disaster”, but others saw it as a part of an ongoing problem with mining companies in Tibet.

Tibetan writer Tsering Woeser has been following the mining development in the area since 2007 and said mining companies have destroyed the local landscape. “Unchecked mining has polluted water, sickened animals and humans, dislocated herdsmen and now caused a massive mudslide,” she said on her blog.

Many locals took to the web to denounce the landslide, but Chinese internet censors deleted any criticisms.

In addition to the project in Romania, Canadian mining companies have a presence in several other European countries.

In 2012, Canadian mining company Edgewater faced potential criminal charges in Spain for knowingly implementing a high-waste excavation project in the Northwestern region of Galicia. Environmental organizatons continue to fight against the company and prevent it from opening any more projects in Spain.

People in Thessaloniki, Greece have been protesting several mining projects of Vancouver-based Eldorado Gold company since March 2013. The most recent protest was held in September and attracted more than 10,000 people in opposition of the mine and 3,000 in counter protest, in favor of the mine.