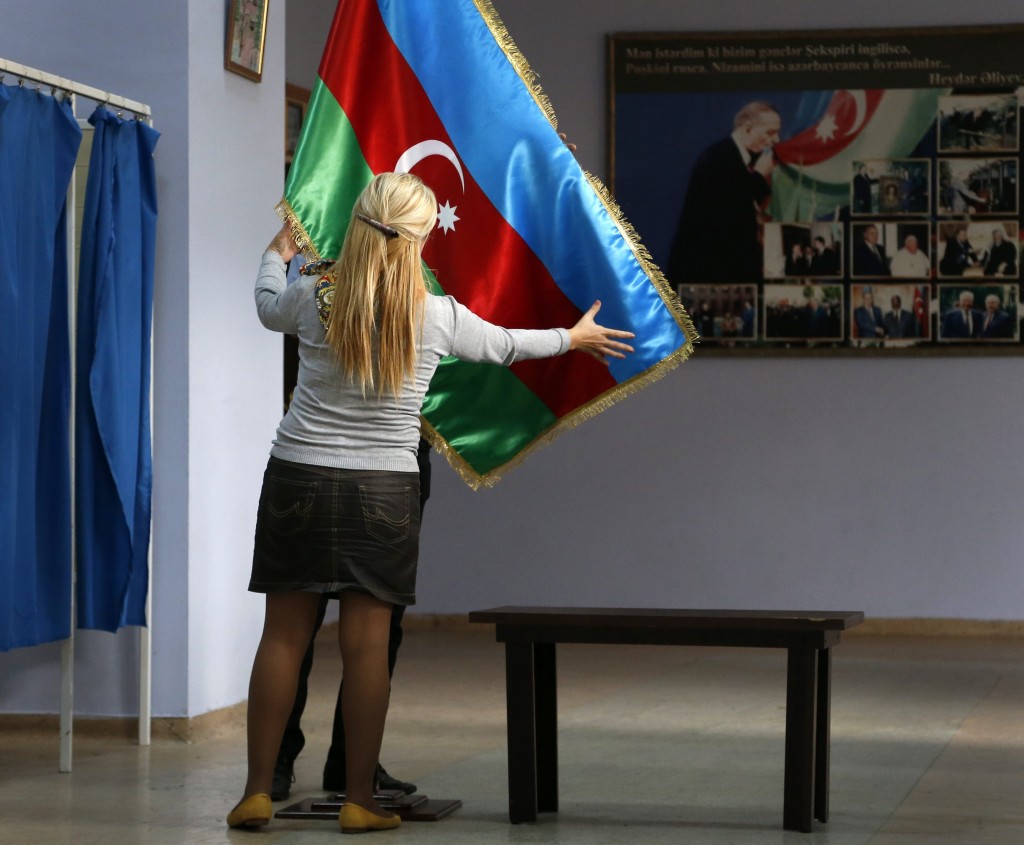 Three journalists critical of Azerbaijan’s government were sent to jail in September, weeks before the Oct. 9 presidential election.

On Sep. 11, the editor of the daily newspaper Khural, Avaz Zeynalli, was sentenced to nine years in prison. Six days later, a journalist critical of Azeri president, Parviz Gashimli, was arrested and sent to jail for at least two months. Last Friday, the editor in chief of the newspaper Tolishi Sado, which defends the rights of Azerbaijan’s minorities, was sentenced to five years in prison.

Tolishi Sado editor Hilal Mammadov, who was arrested in June 2012, said in court on Friday that he is innocent of the charges — high treason, drug trafficking and incitement of ethnic hatred.

Mammadov said his prosecution is linked to his fight for a democratic state, and called the case against him a "shameful stain not only on the law enforcement system in Azerbaijan but also on the image of the country," according to Panorama.am.

Reporters Without Borders said, “This sentence was only to be expected after the nightmare that Mammadov has endured for more than a year, with fabricated charges that kept changing, appalling conditions of detention, and a trial marked by procedural irregularities and no respect for defense rights.”

Other organizations had representatives at Mammadov’s trial, including the European Union and the Organization for Security and Cooperation in Europe (OSCE). Embassies from the United States, France, Germany and Norway also sent representatives to monitor the trial.

Mammadov is also known for producing a music video that became a sensation in former Soviet countries. The lyrics, in Russian, include the line,"Who do you think you are? Get a move on, good-bye!" The song is sung by protesters in Azerbaijan and by members of the Russian opposition in a symbolic attempt to say “goodbye” to their presidents.

The previous editor in chief of Tolishi Sado was arrested in 2008, accused of espionage and sentenced to 10 years in prison. Novruzali Mamedov died in jail in 2009, reportedly from a lack of medical care.