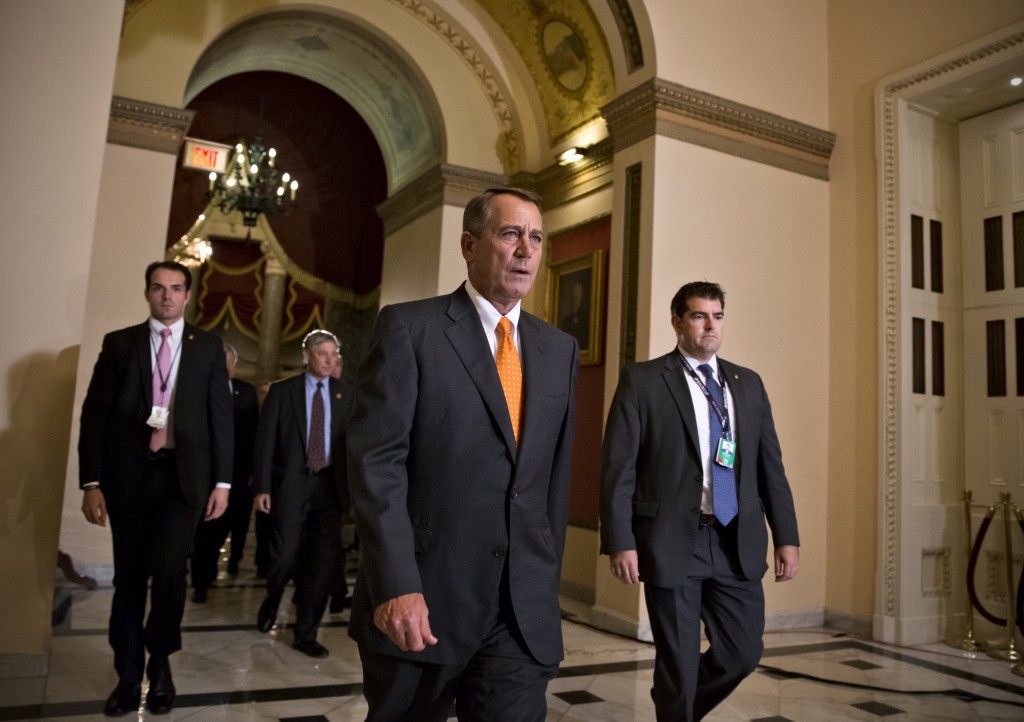 A confrontation over budget led to a partial shutdown of the U.S. government from Oct. 1 to 16, exposing significant political divisions. Ten days after the Congress decided to end the shutdown, public opinion polls reveal plunging public trust in government.

Here is a Q&A to help you understand what happened and what the current situation is.

Why did the U.S. government shut down?

According the Congressional Budget Office, Washington overspent their projected budget by $1.1 trillion last fiscal year while the U.S. national debt approached $17 trillion. In response, the Congress enacted a series of spending cuts known as sequestration. But with the start of the new fiscal year and the implementation of the Affordable Care Act (ACA) fast approaching, the Congress needed to either agree to extend their current budget with allotments for the new healthcare legislation or draft and pass a new one before it expired at the end of September.

The Democrat-led Senate passed a resolution to the Republican-led House of Representatives to extend the current U.S. budget, with sequester-level budget cuts and no other amendments.

The House of Representatives sent the continuing resolution back to the Senate but added amendments delaying the implementation of the ACA — President Barack Obama’s health reform overhaul and centerpiece legislation. That version of the budget also appealed taxes on medical devices and cancelled insurance subsidies Congress members would receive.

The back-and forth continued, with the House adding amendments and the Senate refusing to negotiate. Republican Senator Ted Cruz filibustered for more than 21 hours to rally votes against proceeding with the proposed budget without a negotiation. The Senate proceeded to vote, and the same back and forth between the two legislative bodies continued until October 1st, when without any budget for the new year, the government officially shut down.

What were the consequences of the shutdown?

More than 80,000 federal employees were furloughed, and those workers deemed “essential” were forced to work without pay. National memorials and parks were shut down in Washington D.C., including the war memorials on the national mall, the Smithsonian museums and the national zoo.

Despite the massive shutdown, Obama Care’s $515 million marketplace website, healthcare.gov, went live as planned but experience technical glitches due to an influx of traffic.

What was the outcome of the shutdown?

Congress voted to end the U.S. government shutdown by extending the debt ceiling for the thirteenth time.

What is the debt ceiling?

The debt ceiling is a cap placed on the amount of money that the U.S. federal government can spend even though it doesn’t actually have that money.

Think of it like a person’s caloric intake. A person can pretend they can eat as much as they want, but the more someone exceeds their daily intake, the more health problems they will have, including weight gain, high blood pressure, diabetes and even heart failures. People limit how much they consume to maintain a healthy body.

Similarly, the government tries to establish limits on the amount of debt the country accrues to maintain a healthy economy. By raising the debt ceiling, the government can allow itself to spend more until the ceiling is surpassed again. It must then decide whether to cut their spending or extend their limit.

What can the U.S. expect if spending exceed the new limit?

When the U.S. exceeds the new debt ceiling, Congress will again be forced to agree on a new budget or extend the current one, by raising the debt ceiling. If congressional leaders cannot come to an agreement on the budget by Jan. 15, the government could potentially shutdown again.