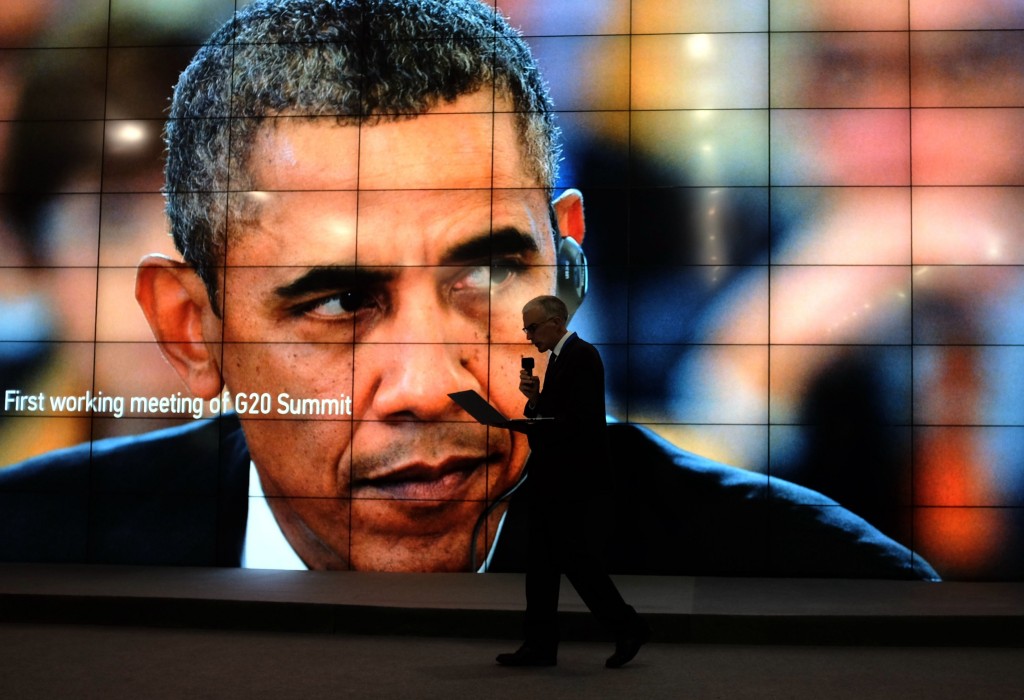 The Committee to Protect Journalists (CPJ) just issued its first ever report on the relationship between the Obama administration and the press. Leonard Downie Jr., former executive editor of The Washington Post and author of this report, “The Obama Administration and the Press,” says that the current government has started an unprecedented “war on leaks” that threatens the future of investigative journalism.

In his report, Downie charged the President with failing to uphold early promises to increase government transparency and openness. The argument is backed by input from prominent journalists and editors like David E. Sanger, the former chief Washington correspondent of The New York Times. Sanger described the Obama administration as “the most closed, control freak administration I’ve ever covered.”

CPJ reported a total of eight government-related criminal prosecutions under the 1917 Espionage Act over the past five years — six leaks from government employees and two from contractors. Only three such charges were ever made in previous U.S. administrations.

When asked about their thoughts on the apparent imbalance in the prosecution of leakers in recent years, neither Obama nor his press secretary, Jon Carney, answered directly. Obama said he would leave it up to the press and the public to form an opinion while reinforcing his commitment to “solving problems”.

The Reporters Committee for Freedom on the Press identified dozens of reporters in the U.S. who, over the past 30 years, have been jailed and/or fined for refusing to expose or testify against sources.

The New York Times reported that “the majority of the recent prosecutions seem to have everything to do with administrative secrecy and very little to do with national security.”

*CPJ reported that renewed interest in protecting government information first emerged during the Bush era, most poignantly the time of the 9/11 attacks and The Patriot Act. Of the eight reported cases, at least two were carried over from the Bush administration. Downie argued that *the Obama administration’s “war on leaks” has exacerbated this culture of secrecy and the over-classification of information as top secret.

The government fight against leaks extends not only to whistleblowers like Chelsea Manning (formerly Bradley Manning) and Edward Snowden, but also to journalists and news organizations. In May 2013, the government revealed that it had hacked into communications of more than 100 employees of The Associated Press, causing uproar among media groups.

Expressing a concern shared by many, Margaret Sullivan, the New York Times public editor, said that if reporters cannot ensure confidentiality to their sources, sources will disappear and so will information.

In June, a federal court ruled that The New York Times reporter and author James Risen must testify in a case relating to a CIA operative or face imprisonment. The ruling is considered to be a major loss to investigative reporting because it undermined any confidentiality agreements between a reporter and his or her source. The Guardian described the ruling as “harsh” amidst an “unparalleled clampdown” on leakers.

Leaked information has caused problems not only with the American public, who were up at arms following the release of the NSA surveillance operations, but also among foreign leaders. Based on data leaked by Snowden, Glenn Greenwald reported that the U.S. government was intercepting communications from Brazil’s President Dilma Rousseff. In response, Rousseff postponed a scheduled visit to the White House and condemned the U.S. surveillance efforts.

In a recent U.N. address, Rousseff said, “Those who want a strategic partnership cannot possibly allow recurring and illegal action to go on as if they were an ordinary practice.”

The demand to protect the American people from terrorism and other threats to national security clashes with the need to also ensure individual privacy and freedom of expression. *The government reinforces the necessity of surveillance programs and its war on leaks under the banner of protecting national interests.* Those who support the war on leaks argue that practice must be controlled to protect U.S. agents and intelligence operations, The New York Times reported.

During a press interview in May, Obama said, “I make no apologies, and I don’t think the American people would expect me, as commander-in-chief, not to be concerned about information that might compromise their missions or might get them killed.”

Some White House reporters told CPJ that the government has made successful efforts compared to the previous administration in opening up communications. One way is by outreach through social media, entertainment outlets and informational sites. Downie argued that initiatives like the website of the Office of the Director of National Intelligence, IC on the Record serve as methods of control over the media and promoted PR goals rather than accountability.

The practice of using platforms that take advantage of the overall power of the Internet as an open, immediate and direct channel to the public is exploited not only by government but also by news organizations and businesses alike. Moreover the practice is not unique to Obama and his allies. Mitt Romney and his party also employed similar tactics during the 2012 elections.

Other efforts that the White House has deemed successes include the processing of more than two million Freedom of Information Act requests and the approval of the Whistleblower Protection Enhancement Act.

The report stated that some international journalists believe that controversy relating to press freedom in the U.S. can have rippling effects on press freedom outside its borders. CPJ reported that Mohamed Elmenshawy, an Egyptian columnist and director of regional studies at the Middle Eastern Institute in Washington, said that the U.S. model inspires journalists abroad and that problems relating to U.S. press freedoms are picked on by non-democratic governments as a negative examples.

“The next time U.S. diplomats try to push for greater protection for journalists in Turkey or Russia, the AP and Fox scandals will be thrown back in their faces. When they decry government surveillance of the media in China or Iran, those governments will point a finger back to Washington. While U.S. officials can and will point out that outrage and national debate over these scandals itself attests to the degree of press freedom enjoyed in the United States, that won't be enough to defeat the charge of hypocrisy and eroded U.S. credibility."

The report concluded that the administration’s effort to protect information has ultimately hindered journalists’ ability to hold the government accountable. It predicts that more criminal investigations are to come.

Since the report was published, CPJ said it has issued copies to the Obama administration and requested a meeting to discuss its concerns. CPJ recommended that, among other things, the government cease prosecuting leakers under the Espionage Act and fulfill its promise to provide greater transparency.