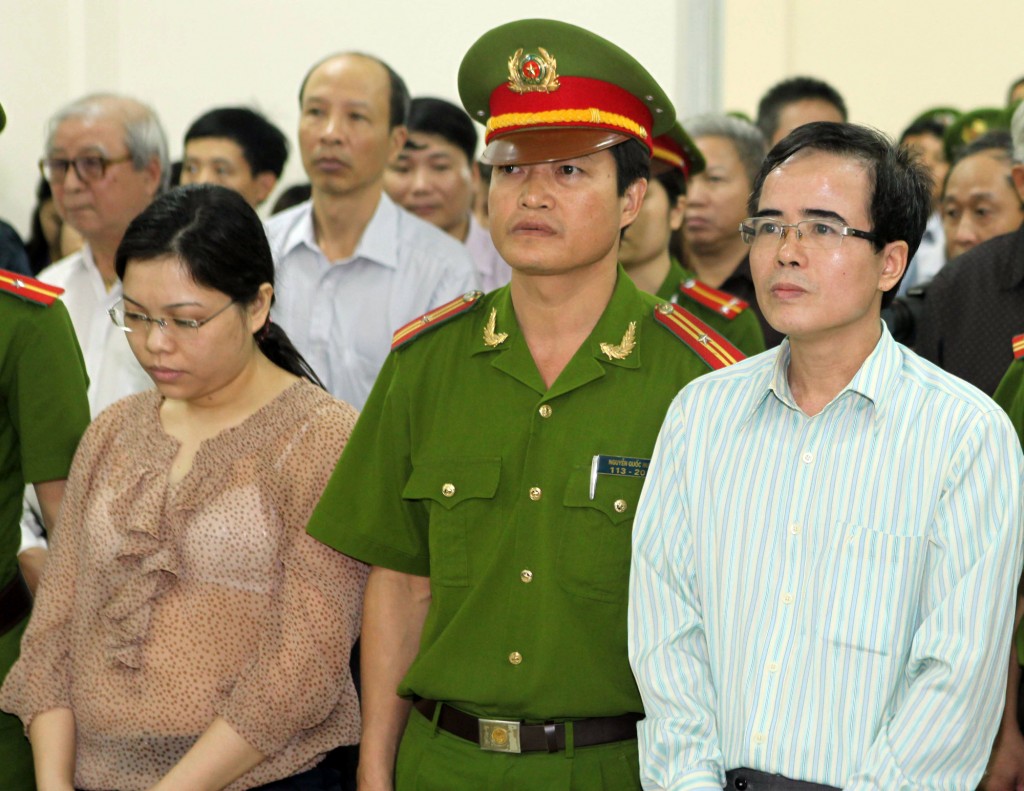 A Vietnamese court handed over a 30-year jail sentence to a U.S.-trained lawyer on Oct. 2 after finding him guilty of tax evasion. Le Quoc Quan, a Vietnam dissident who also maintained a popular blog, regularly spoke out about government corruption, religious freedom, and human right abuses. In addition serving time in jail, Quan was also fined approximately US$60,000 during the half-day trial.

Quan was first detained in December 2012 for allegedly failing to pay US$30,000 in corporate taxes on a consultancy company he ran. His arrest took place nine days after the BBC published an article he wrote, titled “Constitution or a contract for electricity and water service?” The article addressed possible amendments to the Vietnamese constitution.

Supporters tried to march to the public courtroom on Oct. 2 to attend the trial but were denied access by hundreds of police officers. Among the protesters was Quan’s younger brother who told Agence-France Presse that neither he nor his sister were allowed in the courtroom. "We request to watch the trial but police stop us," he said.

Quan’s brother also told AFP reporters that some violence materialized during the protest. “Some violence, the police hit, they kick some people,” he said.

AFP reported that the size of the protest was not common in Vietnam due to the government’s strict hold on free speech. It also reported that human rights groups approximate that hundreds of government dissidents are detained regularly and estimate that at least 46 have been jailed this year alone.

The Committee to Protect Journalists recorded at least three other attacks against the press similar to Quan’s. In these cases, journalists were detained for “abusing democratic freedom.” Many feel that these arrests were politically motivated.

Quan maintained his innocence, having stated, "I have long been denouncing and fighting against corruption, bureaucracy and the stagnation that is doing harm to this country … I'm the victim of political acts."

The Guardian reported that the U.S. government has been following Quan’s case closely and has reached out to Vietnam’s communist regime, urging authorities to provide more freedoms to pro-democracy and pro-human rights advocates.