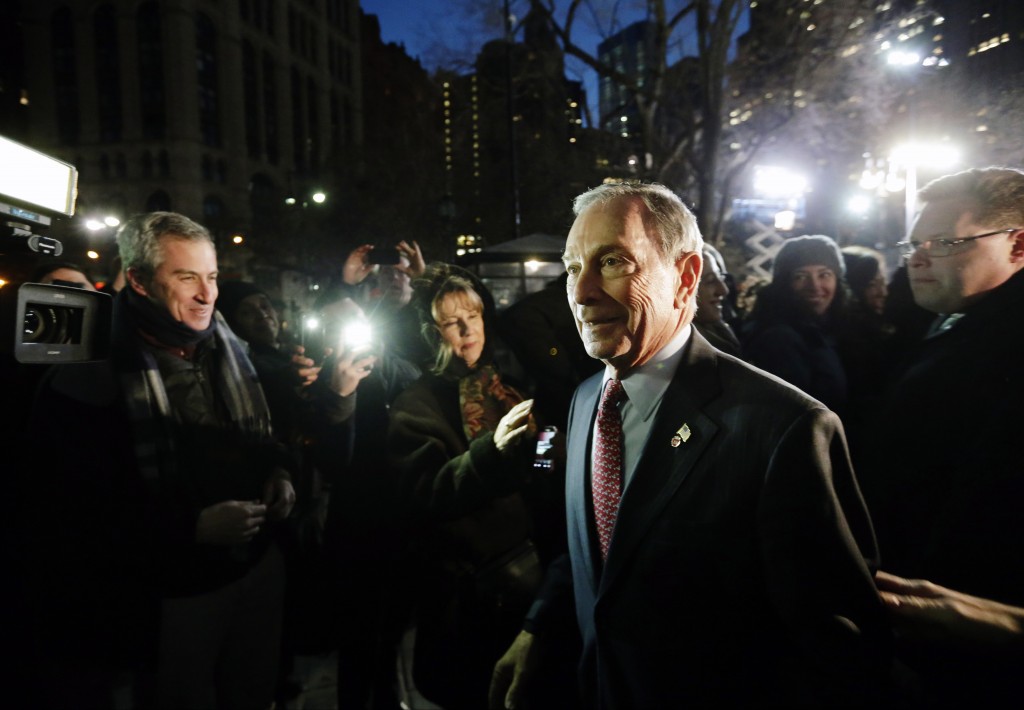 In just over 20 years, Bloomberg L.P. has rapidly grown into one of the largest media conglomerates in the world. At the helm of its success is Michael Bloomberg, the founder and current mayor of New York City.

After he was fired from an investment firm back in 1981, Bloomberg set out to launch his own information technology company, one that would introduce transparency and efficiency to financial news coverage. After adding a five-member team and several investors to his vision, the Bloomberg newswire was well on its way by the 1990s. Flash forward to 2013 and Bloomberg bureaus are now spread out across the globe with the service expanding to include radio, television, mobile, and magazines.

Bloomberg transitioned from a Wall Street insider to a public figure when he ran for mayor in 2001. During his successful bid, Bloomberg gave up his position as CEO of Bloomberg L.P. and has since refrained from maintaining operational control over the news organization. He does, however, continue to maintain an 88 percent share in Bloomberg L.P. Reuters reported that Mayor Bloomberg continues to sell terminals on the stock exchange.

Forbes ranks Bloomberg as the No. 1 richest mayor and the 13th richest billionaire in the world. In 2012, Bloomberg L.P. collected US$7.9 billion in revenue.

Besides affirming that the mayor would not write editorials for the site, Matthew Winkler, the Chief Editor of Bloomberg News, said “I think it’s very important that everyone understands that our editorial page is going to be, for sure, consistent with the values and beliefs of the founder — even if he happens to be mayor of New York City.” He later said that the service would avoid addressing topics which would be a conflict of interest, like those relating to the mayor’s business and political life.

Mayor Bloomberg has recruited some of the worlds’ top journalists to propagate Bloomberg’s unique political philosophy through Bloomberg News in exchange for a salary of $500,000. Bloomberg News presents a major opportunity for him to shape the local and national agenda.

Reuters reported that Bloomberg's wealth has helped him to avoid having to lobby favors from donors. Consequently, Bloomberg has had a lot more freedom to pursue his own political agenda — such as pursuing public health and education reforms. It also reported that the community has benefited directly from Bloomberg’s wealth through out-of-pocket donations. These donations helped to make up for budget shortfalls and advance city projects.

Others equate Bloomberg's wealth and affluence with an unfair advantage, particularly in elections. Bloomberg, quoted in New York magazine, said, "The objective is to improve the schools, bring down crime, build affordable housing, clean the streets — not to have a fair fight.” The author of the article, Chris Smith, said that with his wealth, Bloomberg may have had a tougher time at the polls. He also argues that Bloomberg has used his personal wealth and relationships with corporate peers to buy to "buy off dissent."

The connection between Bloomberg the politician and Bloomberg the news organization has not gone unnoticed. Nick Summers, former Newsweek writer, said "it’s impossible to talk about the aspirations of Bloomberg the business without addressing Bloomberg the man: it is a company owned by a politician, buying companies that influence politicians." Summers used Kevin Sheekey to demonstrate this point. Sheekey, now the chairman of Bloomberg Government, was also the former leader of all three of Bloomberg's successful campaigns for mayor.

A 2012 Bloomberg article disclosed the incomes of the world’s top billionaires. Noticeably absent from the list was Mayor Bloomberg. According to its editorial policy, Bloomberg News does not cover Bloomberg L.P. The contributors of the article, explicitly citing this policy, refrained from including Michael Bloomberg and his net worth on their list. Ryan Chittum, former reporter for The Wall Street Journal and deputy editor of The Audit (the business section of the Columbia Journalism Review), criticized this policy based on this incident, stating: "You can’t just not cover a major company sitting at the heart of a major beat when you’re a comprehensive news service. Nobody’s that special." Chittum lists other organizations, including Reuters, which he says report on themselves to some degree.

Bloomberg, now completing his third term as mayor, will be stepping down from office at the end of 2013.