The disappeared of Mexico’s drug war 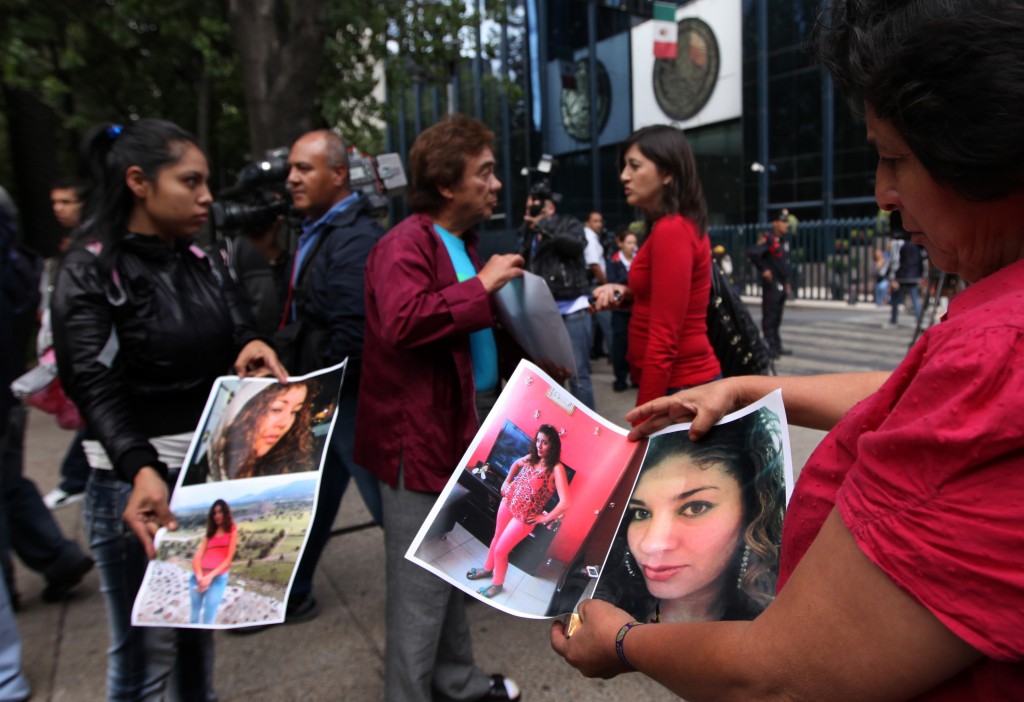 On a quiet Sunday morning in May, in upscale nightclub district in Mexico City, 12 people were kidnapped in broad daylight from an after party at a location called Bar Heaven.

Between 10 a.m. and noon, 17 men showed up in sedans, wearing casual clothing. They ordered the people, including six men, five women and a 16-year-old boy, into the vehicles at gunpoint and drove away. That was the last time the victims were seen alive.

*The abduction caused outrage throughout Mexico and challenged the commonly held idea that the country’s capital city has been spared from the worst violence of the drug war.* Although the case garnered an unusual amount of attention, largely due to its location, disappearances like these are far from uncommon.

These 12 people represent some of 26,121 people reported missing in Mexico between December 2006 and December 2012, according to Amnesty International report “Confronting a nightmare: Disappearances in Mexico”. This is in addition to the 65,000 people who have died due to drug war violence in the past six years, the report said.

The Bar Heaven case received a proactive response from the government, which is rare in the vast majority of disappearances in Mexico. Because the case was buried, family members of the victims protested for days and blocked the streets of Mexico City. An investigation was eventually opened in June.

On August 22, Mexico City authorities unearthed a mass grave outside the city that contained 13 bodies, 12 of which were determined to be the Bar Heaven victims. A suspect later revealed that the victims were all decapitated almost immediately after their kidnapping.

The Office of the Attorney General of the Federal District (PGJDF) is currently prosecuting six people and has arrested more suspects, the most recent being a Mexico City police officer. His arrest was announced on Sept. 19 and highlights the common problem of government officials’ involvement with drug-related killings and disappearances. As of 2012, the National Human Rights Commission was investigating 2,126 cases of forced disappearances carried out by government officials, including military and police officers.

It is extremely rare for Mexican officials to investigate disappearances like they did in the Bar Heaven case. According to the Amnesty International report, in 40 percent of disappearances, a criminal inquiry was never opened. Federally, only two people have been convicted for forced disappearances, and there have been no convictions at state level.

“Authorities have systematically failed to investigate and clarify the vast majority of cases, including the many hundreds of disappearances in which there is evidence of detention or abduction, whether by state agents or criminal gangs,” the report said.

Former President Felipe Calderon established an agency to support victims of crime and violence called “Províctima”. Relatives of people who have disappeared said they have received little help from the support group. In some cases, families were pressured to drop the case and were threatened if they didn’t. “The government’s focus was on reducing the number of people listed as disappeared rather than supporting the families,” the Amnesty International report said.

Several human rights groups have criticized the increase of disappearances in Mexico and attribute them to the lack of intervention of former President Felipe Calderon. Many are watching President Peña-Nieto and hope he will initiate changes.

A Human Rights Watch report said: "[Calderon’s policies] produced the biggest crisis of disappeared people in Latin America in the past decades. If the government of Peña Nieto repeats this failed strategy and does not establish an integral and effective plan to investigate the disappearances from the past in order to prevent them in the future, the cases of disappearances are likely to continue increasing."

In May, Nieto released a report detailing the number of missing people and created an investigative task force to search for them. The Federal Government has also promised to establish a national database of the disappeared, signed an agreement with the International Committee of the Red Cross (ICRC) to strengthen search and identification procedures, and partnered with international forensic experts to identify the remains of disappeared Central American migrants.

Human rights groups support these initiatives, but they have recently called for more proactive and comprehensive action to put an end to disappearances and impunity.