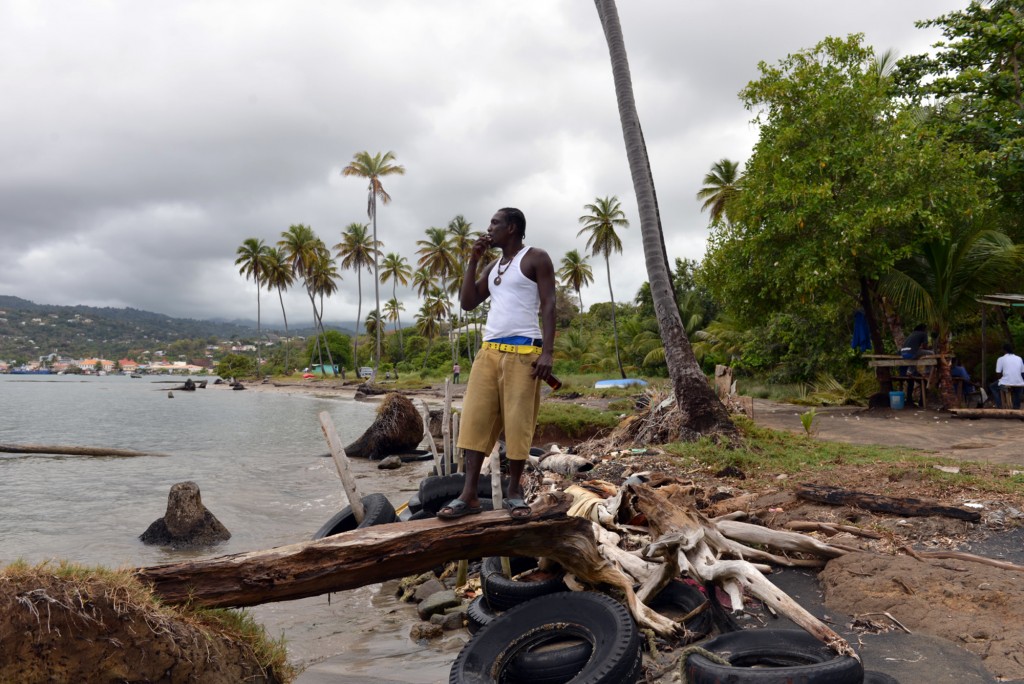 Reporters Without Borders wrote an open letter to Grenada Governor-General Cécile La Grenade on Sept. 23, urging her to veto a law the group says will suppress press freedom in the country.

In this April 22, 2013 photo, fisherman Desmond Augustin stands on a breakwater of old tires and driftwood that local residents fashioned to try and protect their fishing village in Telegraph, Grenada. Photo credit: AP Photo/David McFadden

The Electronic Crimes Act was passed by Parliament on Sept. 9 and outlaws the sending of “offensive” electronic communications. It also bans the posting of false information to cause "annoyance… insult… and ill will." Offenders can be fined 100,000 East Caribbean dollars (US$37,000) and face up to a year in prison.

Officials say the act is to regulate illegal activity on the Internet, such as stalking and child pornography. Elvin Nimrod, Grenada’s minister for legal affairs, argued in favor of the bill, saying its goal is “to protect society, especially those who are vulnerable to modern technology.”

The letter from Reporters Without Borders supports some measures of the act, saying, “The Internet should not escape the authority of the law altogether, and we believe that it is perfectly legitimate to sanction such crimes and offences as the theft of documents or data, online identity theft or, even more serious, child pornography.”

However, the group criticizes the “lack of precision” in the language of the law, saying the vague wording allows for too much interpretation and could “result in significant obstacles to freedom of information.” The group asked the Governor-General not to enact the law in its present form and to “ask parliament to amend the most sensitive clauses.”

In writing this letter, Reporters Without Borders joined several other press freedom groups in denouncing the law, including International Press Institute (IPI), which released a statement on the act on Sept. 9.

“We urge Grenadian and regional media to take a closer look at this law and the potential consequences it could have for freedom of speech and investigative journalism in the Caribbean,” IPI Director Bethel McKenzie said.

IPI called the law “a step in the opposite direction” after Grenada became the first Carribean country to decriminalize libel last year, repealing laws IPI called “archaic, redundant, and a threat to democracy and the free exercise of journalism.” The group said the passage of this act effectively recriminalized defamation.

Despite the heavy opposition abroad, the act has received little criticism domestically, Free Media reported. The New National Party (NNP), the ruling party that wrote the act, makes up the majority of Grenada’s Parliament: 15 seats in the elected House of Representatives as well as 10 out of the 13 Senate seats that the prime minister appoints.

It is expected that La Grenade will address concerns about the law when the Second Session of Parliament opens in October.