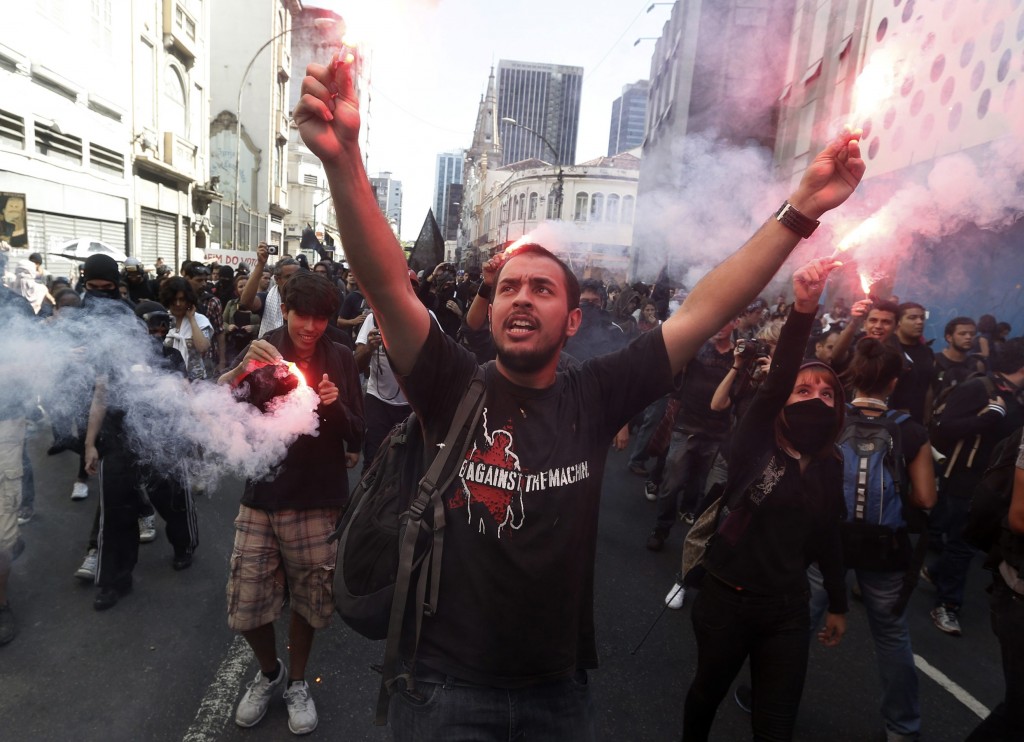 At least two reporters were attacked by police while covering protests on Brazil’s Independence Day. More than 300 civilians were detained during riots that took place in more than 150 cities throughout the country on Sept. 7.

Ueslei Marcelino of Reuters was photographing the police using pepper spray against other journalists when officers threatened him with one of their dogs. As the dog tried to bite him, he ran away to protect himself, fell and hurt his leg.

A Brazilian broadcaster was attacked by three police officers. Luciano Nascimento saw a civilian injured by a tear gas bomb thrown from a squad. As he tried to assist the civilian, police officers pushed him and hit him with pepper spray.

The Union of Journalists of the Federal District lamented the violent acts by the police, stating they not only harm civilians but also impede the work of journalists. The organization said reporters covering the protests were beaten by police but did not describe other specific cases.

The secretary of public security of the Federal District asserted that the acts by police were correct and people were allowed their right to demonstrate in public. “If there’s anything that deserves an investigation, we will analyze it,” Secretary Sandro Avelar said. “We don’t cover up.”