Liberian newspaper shut down after libel verdict over corruption story 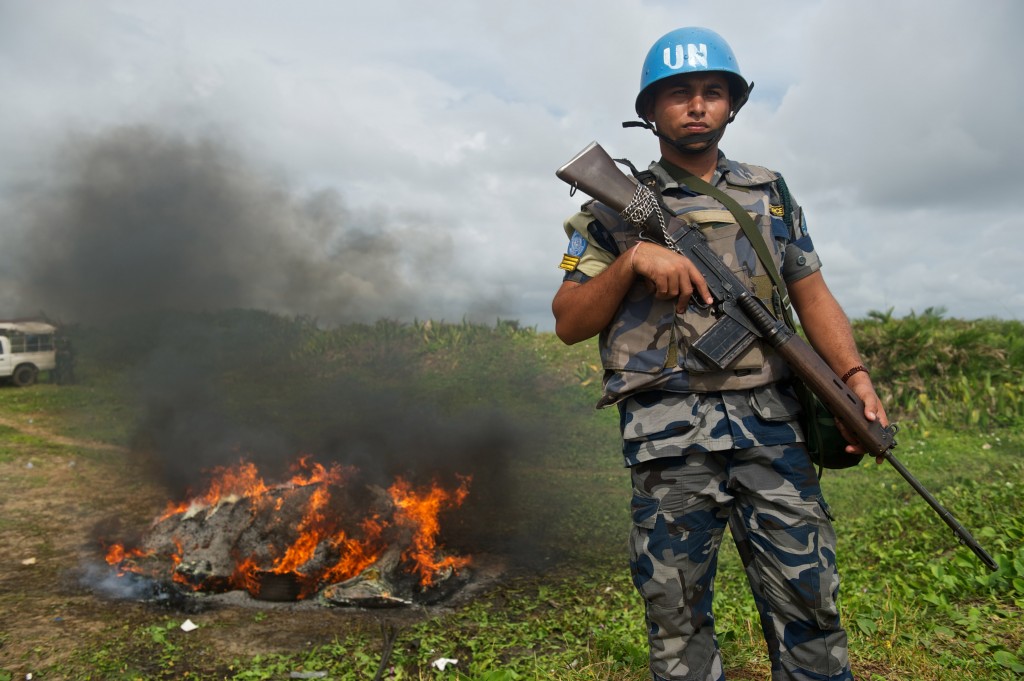 Police following a court order shut down a Liberian newspaper whose publisher was jailed August 20 for not paying a $1.5 million penalty imposed after printing a story about government corruption that was judged libelous.

FrontPage Africa reported on its website that publisher Rodney Sieh went on a hunger strike and was hospitalized Wednesday when his health deteriorated.

Sieh arrived in court in Monrovia last week as hundreds of protesters were gathered outside. The crowd showed solidarity with Sieh and carried signs that promoted freedom of the press. Sieh said was unable to pay the damages and was sent to jail the same day. The Committee to Protect Journalists reported that Sieh will remain in custody and the newspaper will remain closed until damages have been paid.

A former agriculture minister filed the libel lawsuit in 2010, claiming that the newspaper falsely accused him of embezzling government funds that were intended to fight a worm infestation. Sieh told AllAfrica, a multi-national African news organization, that government documents backed the accusations. After the publication, Toe resigned but was not charged.

Sieh, was convicted in civil court in February 2011, and his appeal to the Supreme Court failed.

CPJ and Reporters Without Borders condemned the court’s decision and demanded Sieh’s release. FrontPageAfrica reported on their website that it will try to appeal the case before the Economic Community of West African States’ Community Court of Justice.

"The excessive damages levied against FrontPageAfrica have all along been a transparent ploy to shut down a newspaper that has gained international acclaim for exposing corruption and official misconduct at the highest levels of the Liberian government," said Peter Nkanga, CPJ's West Africa Consultant.

Journalists and protestors argued that the hefty fine was imposed to tell journalists to stay out of government affairs.

The director of the Liberia Campaigner for Change, Vandalark Patricks, told Voice of America that he considers Sieh’s jailing a calculated measure to quiet the critical voices of Liberia. Patricks criticized the government of President Ellen Johnson Sirleaf and declared the jailing of Sieh unconstitutional.

"Leveling fabricated charges against a journalist for exposing ills in society is a violation of press freedom," Super Bongese radio news director Mohammed Melvin Kwenah said. "This was meant to send fear into the journalistic community in Liberia."