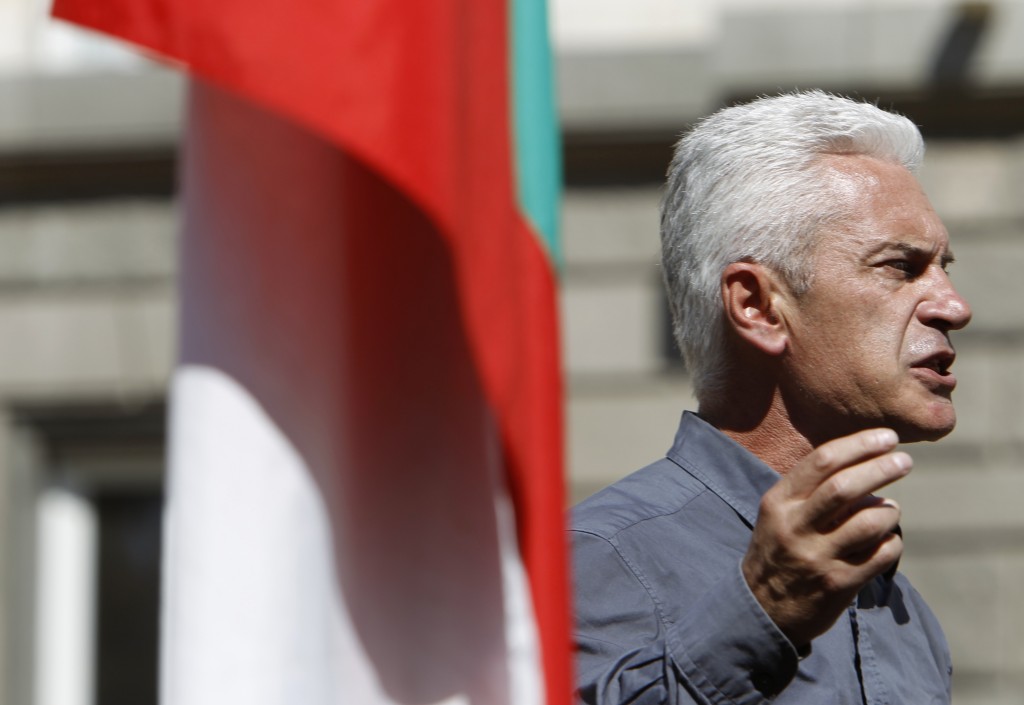 Volen Siderov, leader of the Bulgarian political party Ataka, which is also the ruling party of the Parliament, invaded the studios of the state-owned TV broadcaster BNT for a couple of hours on June 28.

According to Reporters Without Borders (RSF), Siderov and other members of his party arrived to BNT offices claiming their parliamentary immunity to enter the building and ignoring the police barrier that protected the entrance.

The morning before the incident, Siderov announced it was going to happen. “We are going to throw stones, tomatoes and eggs at the offices of BNT, bTV, Nova TV and Canal 3”, he said, since their coverage of the protests against the technocrat government of Plamen Orecharski was biased and more negative than it should, he said.

The newspaper Bulgaria Oggi reported Siderov wanted to throw stones, tomatoes and eggs at the offices because that was what the demonstrators did to protest against the Bulgarian members of the Parliament.

Although Siderov and his supporters didn’t get to take control of the BNT’s broadcasting, they did have a short conversation with the management team and the staff.

Agence France-Presse (AFP) informed BNT and the association of TV stations that Bulgaria had already denounced the moves of national politicians and institutions that tried “to had an influence on the journalistic integrity and independence” of the media.

This is not the first time a politician in the country has attempted to restrict the freedom of expression rights of Bulgarian media. On June 26, the official speaker of the National Assembly said TV stations were responsible of “fueling a rise in social tension” and asked them to cover the events in an “appropriate way”.

Bulgaria has the lowest rank on media freedom among the members of the European Union and Freedom House ranks it 77 out of 197 countries and says its press system as “partly free”.