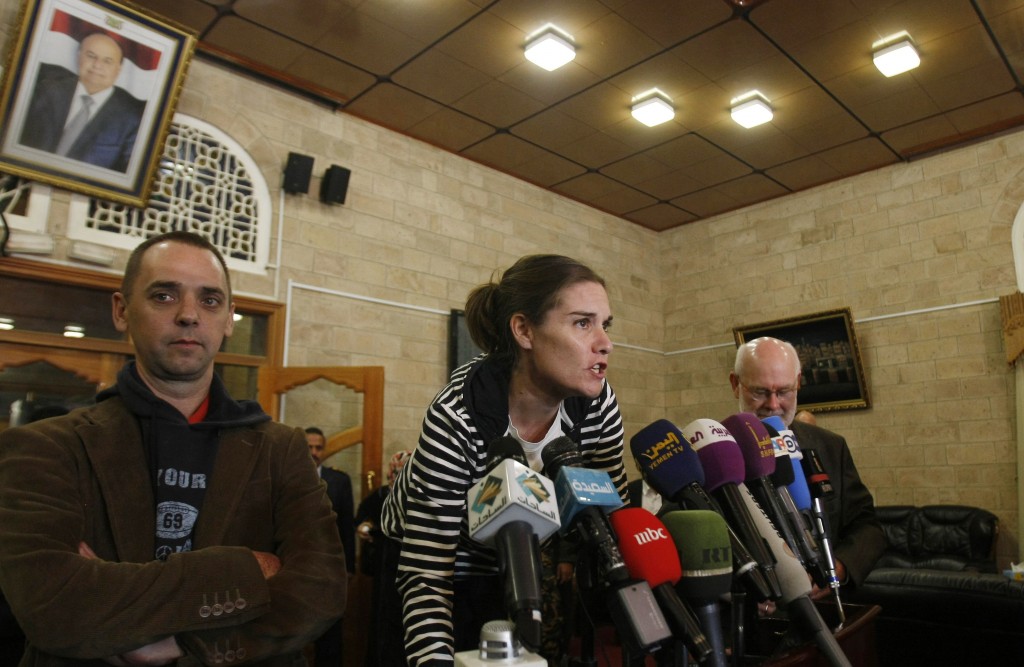 Dutch journalist Judith Spiegel and her husband, who were kidnapped in Yemen a month ago, appear to be alive after speaking on "*a video*":http://www.youtube.com/watch?v=BxgJKuQ-eFM released on Youtube and Facebook July 15.

An armed group abducted the couple the second week of June in the Sanaa neighborhood of Hadda, but the video doesn’t explain what the kidnappers want from the Dutch government.

On the video, Spiegel said she had already spoken to the Dutch ambassador and explained the conditions for their release with no results.

Spiegel said the Dutch government is cornered and, if it doesn’t come to terms with the kidnappers, she and her husband will be shoot.

Reporters Without Borders has condemned the abduction and reports that armed groups often target journalists in Yemen. Reuters reports no one has claimed responsibility for the kidnapping, though kidnappings of foreigners are frequent as the country tries to restore state authority lost in 2011, when mass protests forced out former President Ali Abdullah Saleh.

The Yemen Post reports the Yemeni Journalist Syndicate has also condemned the kidnapping and called on Yemeni security forces to provide help to the couple.

According to The Journalist, Frans Timmermans, Dutch Foreign Minister, has stated the government is aware of the situation and giving “full attention” to the case.

Freedom House ranks Yemen 173 out of 197 countries in regard to press freedom and states that the country has a non-free press system. The Press Freedom Index by Reporters Without Borders ranks Yemen 169 out of 179 countries, showing the disastrous condition for the press in the country.