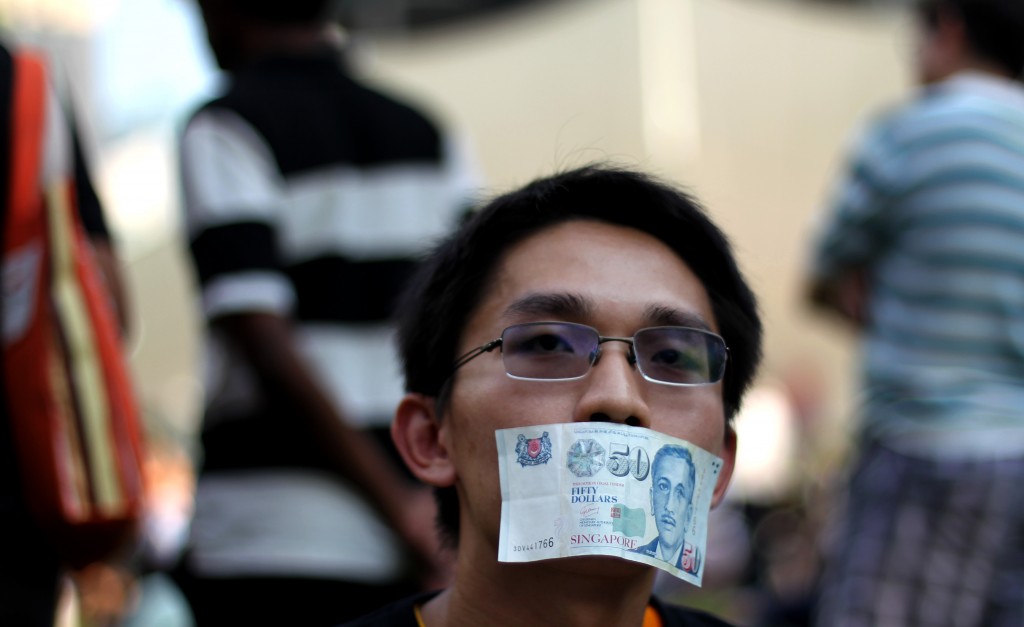 On May 28, Singapore’s media regulatory body, The Media Development Authority (MDA), announced that from June 1, “online news sites will require an individual license from the Media Development Authority (MDA) if they (i) report an average of at least one article per week on Singapore’s news and current affairs over a period of two months, and (ii) are visited by at least 50,000 unique IP addresses from Singapore each month over a period of two months.”

These licenses will also carry a 50,000-Singapore dollar (US $39,500) "performance bond" and an obligation to remove content that the MDA considers to be in violation of their standards within one day. The MDA Internet Code of Practice specifies, “prohibited content” as any “content that undermines racial or religious harmony.”

Singapore’s Minister of Communications and Information, Yaacob Ibrahim, said the new license did not constitute a change in the country’s content standards.

Ibrahim wrote on his Facebook page May 31: "Under the current class licensing regime, content that breaches our content standards - whether it offends good taste or incites racial or religious hatred -- already needs to be taken down. There will be no change in these standards.”

The MDA also distributed a list of 10 websites that will need individual licenses, but an article in Al Jazeera indicated that Singaporeans suspect the government will not stop at these 10.

While Singapore has gained a reputation for its strong free-market economy as one of the Four Asian Tigers, its government has broad powers to regulate the media, which has been under heavy restrictions for several years.

Under the Newspaper and Printing Presses Act (NPPA), for example, the Singaporean government has the power to grant or deny permits to operate, as well as to appoint management shareholders. The country’s Broadcasting Act also makes it illegal to disobey the government’s orders regarding content. Violations carry fines of up to US $16,000 and imprisonment of up to two years' jail.

The country also has strict sedition and defamation laws that have been used to prosecute those who criticize the government in the press. Most local mainstream media organizations in Singapore are also controlled by Singapore Press Holdings, a corporation with noted ties to the government.
These factors have led several press freedom organizations, such as Reporters Without Borders (RSF) and Freedom House to place Singapore near the bottom in their worldwide press freedom rankings.

In response to the new law, a group of Singaporean bloggers expressed their concern for the future of citizen grassroots journalism in the country by launching the #FreeMyInternet campaign, calling for an online blackout in the run up to a Saturday protest demanding the government withdraw the licensing law.