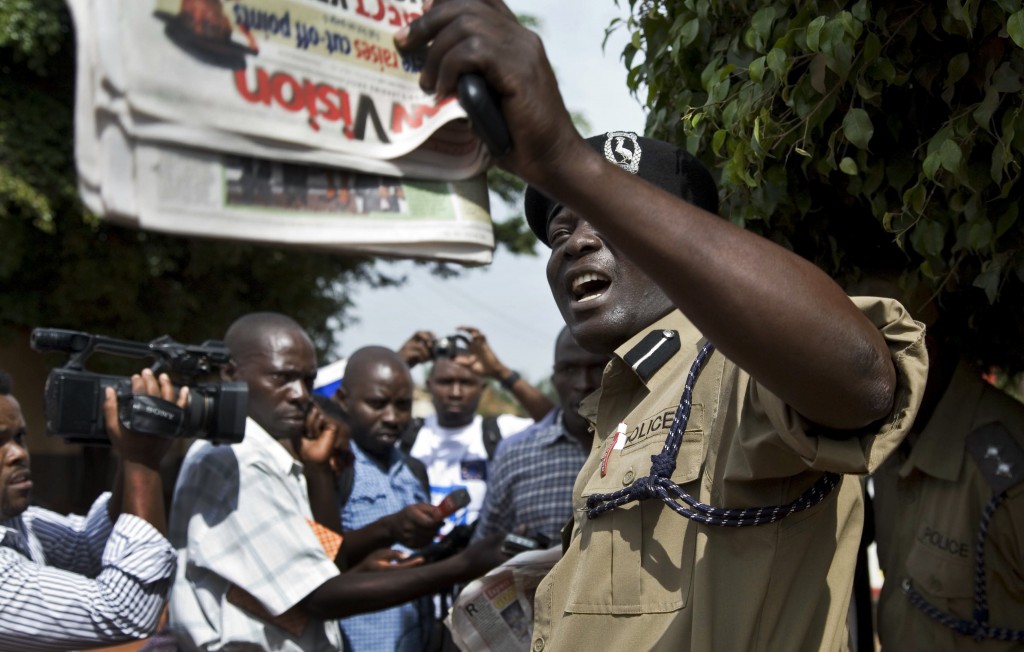 Police authorities in Uganda have placed the newspaper The Monitor and a sister publication, Red Pepper, on lockdown, with no one allowed to enter or leave the buildings that house the publications, according to Kenyan online newspaper, Standard Digital.

The buildings also include a radio station as well as the Monitor’s website, www.monitor.co.ug. Both the radio station and the website were reportedly shut down for some time, according to the International Press Institute.

The Monitor claims that the siege is related to the paper’s coverage of rumors that Uganda’s president, Yoweri Museveni, is preparing his son, Muhoozi Kainerugaba, to succeed him in office, according to Kenya’s Standard Digital news website.

The managing director of Monitor Publications Limited, Alex Asimwe, was dismayed by the incident, saying that the armed policemen disabled the printing press, computer servers and radio transmission equipment.

Asimwe told IPI that, “We are seeing policemen wielding guns but no one is giving us a communication on what is happening … But we are trying to make sure the situation normalizes as early as possible.”

IPI’s Deputy Director Anthony Mills said, “IPI’s membership, demands an explanation for the actions of Ugandan police against publications of the Monitor group. This siege must end immediately so that Monitor journalists can return to work and continue informing the Ugandan public on matters of public interest.”