Police attacked journalists during a march in Burundi 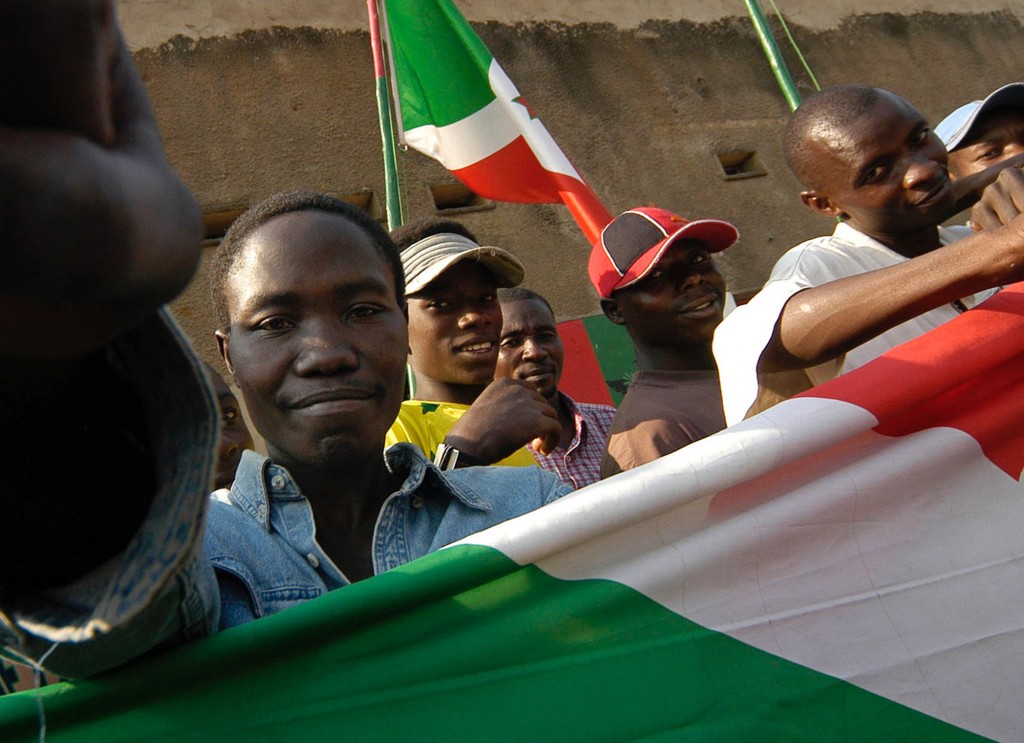 Police in the capital of Burundi, Bujumbura, attacked journalists who marched in the streets to claim the freedom of one of their colleagues, reported the Committee to Protect Journalists. Burundian press corps has been marching since Jan. 8 when the Ministry of Justice of Burundi denied the right of parole to the journalist, Hassan Ruvakuki — correspondent for the Sawhili service of Radio France International — who has been imprisoned since Nov. 28, 2011.

The Government arrested Ruvakuki as a terrorist activist involved in a gun attack of a Burundian rebel group coming to the city of Cankuzo, Burundi, from Tanzania. Ruvakuki had interviewed the leader of that group one month before the attack, an incident that drove the government of Burundi to link him to it. BBC reported that, initially, they condemned Ruvakuki to life imprisonment, but later a court reduced that sentence and made it a three-year-imprisonment. Nevertheless, journalists have kept fighting for his innocence.

The Committee to Protect Journalists (CPJ) East Africa consultant Tom Rhodes reported the police threw tear gas on the journalists and hit some of them violently with the butt of their guns. Patrick Nduwimana, the director of Bonesha FM, also told CPJ that this incident was the first time in four months that the demonstrations were met with attacks.

It was also the first time the journalists were wearing white T-shirts with the picture of Hassan Ruvakuki on them, and some think that made the police angry. The police excused their violent reactions to the march by saying the demonstration was illegal, as Reuters reports.

According to Burundian media outlet IWACU, the president of the Union of Journalists of Burundi, Alexandre Niyungeko, rejected that explanation by saying both freedom of expression and assembly exist in Burundi. He openly supports all protests by journalists, which may get the attention of the government.

But, Freedom House ranks Burundi as a partly free country with a non-free press system.

The director of Radio Publique Africaine (RPA), Eric Manirakiza, also participated in the march. IWACU reported that he said the police brutality denotes the defects of that specific institution (the police) and also the defects of the government in general. It never happened before that the police provoked citizens who are acting in a calm way, he said.

Reporters Without Borders claimed the innocence of Hassan Ruvakuki and defends the protests other journalists have been organizing since January. The organization is also fighting for the cause and has sent a message to the Government of Burundi:

“(The authorities in Burundi) are using all means at their disposal to avoid admitting their own error. It´s time that the Burundian authorities put an end to this injustice and order the immediate release of Hassan Ruvakuki.”