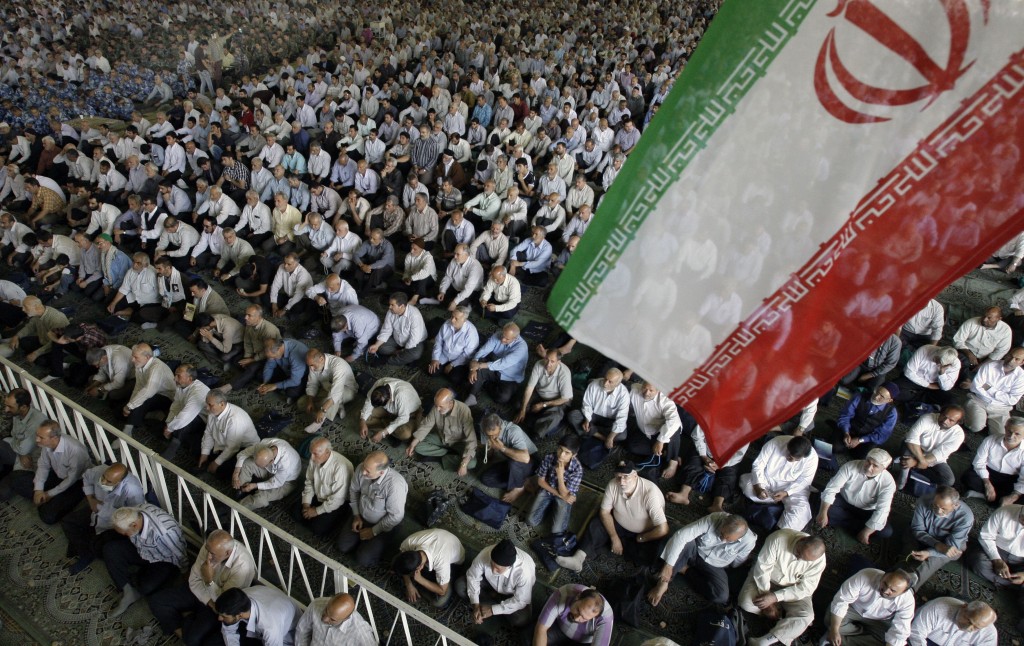 Stencils in pocket, two Iranian street artists Icy and Sot journeyed from Iran to the Big Apple to bring their social messages to the walls of the West.

Despite the 2009 uprisings in Tehran that helped revitalize Iran’s art scene, today Iranian artists still struggle to express themselves freely.

The regime smothers the most creative and outspoken. This oppression has fueled the heart of the Iranian art scene; restricted artists must operate underground, which gives their work a crude elegance. Those artists must also be fearless amid oppression; they risk imprisonment, beatings or death.

Iranian street artists Icy and Sot, only known by their pseudonyms, recently moved to New York as they prepared for their debut in the U.S. They hosted their gallery show — Made in Iran — last August in the Big Apple. Hailing from the city of Tabriz in the northwest of Iran, the two brothers use street art techniques, like the stencil, to communicate themes of love and hate, war and peace, and hope and despair.

Embracing the freedom of street art, Icy and Sot have done many recent pieces in New York, the city that gave birth to this very specific form of art.

Icy’s and Sot’s work exemplifies a controlled yet hopeful and powerfully creative form of visual expression. It is easy to see the inspiration from well-known street artists such as Bansky to Blek Le Rat in their distinct body of work.

The two brothers spoke to the Global Journalist about their their street art, life in Iran and what's around the corner.

Global Journalist: What does it mean to be a street artist in Iran?

Icy and Sot: It means more stress, danger and taking a lot of risks. If you get caught making street art, you will be accused of things like Satanism or political activism. There is lack of exposure and unfamiliarity of the people with this kind of art. Graffiti and stencil has a long way to go before it becomes a part of our culture and people realize what it really is.

GJ: Why do you use the pseudonyms “Icy” and “Sot”? What do they mean?

I&S: When we first started working on the streets we had to use nicknames instead of our real names. Where the names come from? Icy defines being “cold” and “quiet,” and Sot means “stupid” and “drunk.” When we decided to work together, we became Icy and Sot.

GJ: How and when did you start making street art?

I&S: It started with our career in skateboarding. As early as 2005, Sot used to make small stickers and stencils, and put them up in our spots and gathering places. Even though we publicized our first works in 2006, our professional career started in 2008.

GJ: Tehran has more street art than many cities, what is the difference between the graffiti in Tehran and the work you do?

I&S: Tehran being Iran’s capital, there were more people interested in underground activities such as skateboarding, alternative music and graffiti. There were definitely more people who came across our work in Tehran so we focused our efforts there. The graffiti scene has become more and more popular in Tehran because people became more interested in it as an art form. We don’t do graffiti but stencil art to share our vision of people and society.

GJ: How would you describe your art? What do you want to convey through your art?

I&S: We try to talk about social issues, and we do so sometimes with a touch of sarcasm. It can be issues we face in our daily lives or global issues. Our work tends to convey universal messages so everyone can relate to it.

GJ: How was your work received in Iran — what was the general response of the people and Iranian authorities?

I&S: One day, Icy did a wheat paste, went away for a few minutes while it was drying. When he came back, a man was tearing it off. Despite all of this, we believe our work does impact and influence some people. Now, just imagine how the Iranian authorities could react to our work.

GJ: What does it mean to be Iranian artists in the U.S at a time when the global spotlight is on Iran? Do you find it challenging to preserve your Iranian identity while appealing to a Western audience?

I&S: It doesn't really mean anything to us. We are just happy to be here and work the way we want without any pressure from authorities. There is really no difference between Iranian and Western audience as art speaks for itself, and everyone has their own vision of art. Iran is where we come from, and Iranian is who we are.

GJ: You are currently in New York, how and why did you come to the U.S?

I&S: The preparation of our departure started a long time ago in Iran. If a male wants to leave Iran, he must finish the 18-month mandatory military service. We went and finished it, so we would be able to travel and exhibit our work outside of Iran. While in military service we met our good friends The Yellow Dogs, a punk rock band that left Iran and were living in NY. They introduced us to their manager, and from there, we had endless Skype calls and email exchanges for almost one year. Then, we got our visas and moved to the U.S. The Yellow Dogs and us are now all living together in Brooklyn. Who would have thought?

GJ: What’s next for you?

I&S: We are taking our "Made in Iran" show to Los Angeles, San Francisco and Chicago in February 2013 and then other cities during fall. The Yellow Dogs will be playing at our openings, and if everything goes as we planned, we will go to Europe in 2014.

We're always looking for new walls, so let us know if you know of anything.

By Kevin Dubouis and Zahra Rasool.