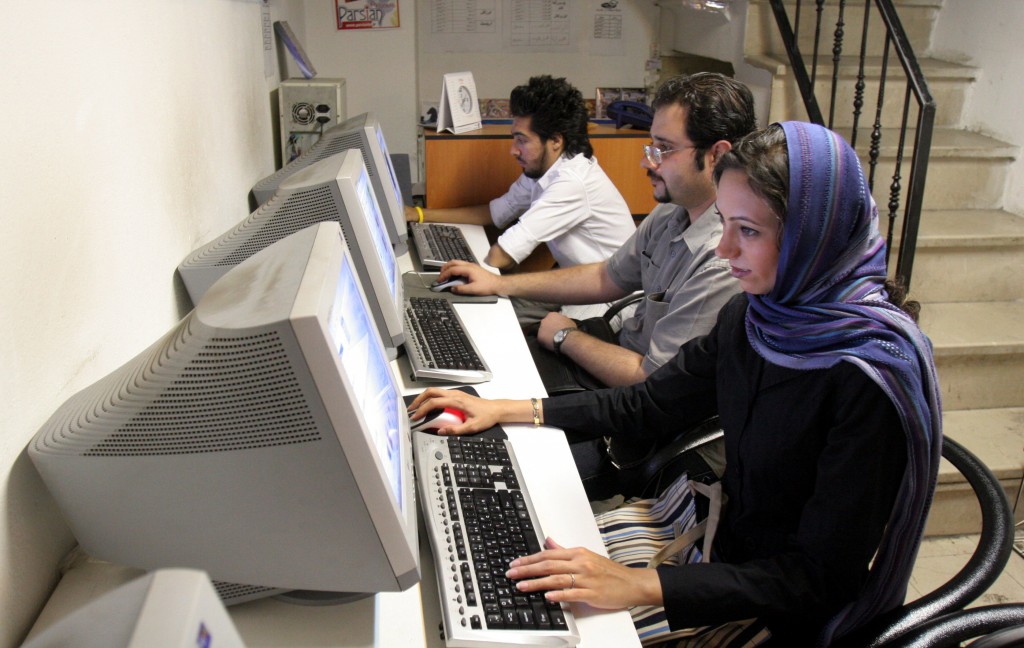 For Iranians, alternative media is a part of daily life, but the government has taken steps to censor the growing medium.

Iran’s population does not make it easy for the regime’s censors to do their jobs. More than half of the country is younger than 35, and almost 54 percent have access to the Internet, making Iran the country with the most Internet users in the Middle East.

Despite the harsh censorship, there is a vast and active culture of circumventing Internet censorship, which forces the regime to constantly use innovative and sophisticated tools to ensure that critical material does not survive on the net.

During the controversial 2009 presidential elections, a number of Iranians used the Internet and social media managed to mobilize an angered youth and voice their demands of reform. They quickly sensed the need to create alternative ways of propagating news and disseminating information among themselves and to others abroad. Clearly, officials disregarded the extent to which Iranians are quick to embrace new technology.

According to the Encyclopedia of Social Movement Media by John D.H. Downing, alternative media is defined as sources of information “produced outside mainstream media institutions and networks.” Alternative media blurs the line between professional and amateur reporting. Even though producers of such media will most definitely be marginalized in Iran, he writes, they still manage to redress an “imbalance of media power by the mainstream media.”

Furthermore, a key distinction between traditional and alternative media is that, while the former upholds the value of objectivity, the latter focuses on the impossible separation of fact and emotion.

In 1979, flyers and audiocassettes were distributed through a clandestine network to spread the word of then-exiled Ayatollah Khomeini. History showed that this was a successful strategy.

Thirty years later, Iranians had to once more rely on an illicit network, but this time social media was used instead of audiocassettes. Professor Annabelle Srebreny reported that SMS messages flowing through Twitter pushed news to major media outlets inside and outside the country and allowed for coordination and communication with fellow-activists.

Blogs and bloggers were strategic in covering and reporting events throughout the country and still remain a platform for voicing criticism toward the state. Yet fearing for their own lives and those of their loved-ones, bloggers tend to be anonymous.

Artists such as Googoosh, Mohsein Namjoo, Abjeez and others, made use of these various alternative media so as to support the activists either from within or outside of Iran. Even Bon Jovi, as a sign of solidarity, recorded a cover of “Stand By Me” featuring Andy, a famous Iranian pop star. Underground rap music also flourished, which “would [have been] impossible without the Internet, file sharing and mobile phones,” Professor Mehdi Semati said.

According to Semati, mobile phones also contributed to the creation of alternative discourse. During pre-election periods, politicians created networks through mobile phones to mobilize supporters. These very same networks were then used to increase the mobilization capability of anti-regime activists.

Mobile phones also allow for greater communication among youth and for content that would otherwise be limited to the private sphere. Mobile phones, like the Internet, provide Iranians with a key to an underground and alternative world.

Despite the promising alternative avenues to spread information in Iran, officials have taken note and are preparing a rigid strategy to quell this dissent. Tactics include creating a “spoof” Gmail website so as to gain access to unsuspecting users’ accounts and developing an Iranian search engine to rival Google or Yahoo.

In addition to those measures, Iran has officially stated that they are working on a national Internet that would essentially place Iran on a separate Internet, disconnect it from the rest of the world and create a de facto filtered/censored Web space.

According to an article published in February by the Annenberg School for Communication, “There is hardly a general indication that censorship kills content on the Iranian Web under study. On the contrary, the most severely censored Iranian Webs are both responsive and rather fresh.”

Despite the new measures announced by officials, that study might suggest that Iran could soon be witnessing new forms of media emerging despite censorship. After all, isn’t innovation at the core of alternative media?

*Not only do Iranians have access to the Internet, but they are also extremely active.

* According to the Iranian research panel, Chigmi, one in five online users has a Facebook account and more than a third have a Google Plus account.

* Only 12 percent of online users have accounts on Twitter, or on the Iranian social network Cloob.com.

* A quarter of Iranian netizens have their own, regularly-updated blogs. Iranians use the Internet for research, news, and banking, with social media coming in fourth.

* Seventy-eight percent of Internet users in Iran are men.

* The Iranian “webosphere” is made up of primarily of highly educated users. Half of all hold a bachelor’s degree, and a quarter hold a master’s or doctorate degree.