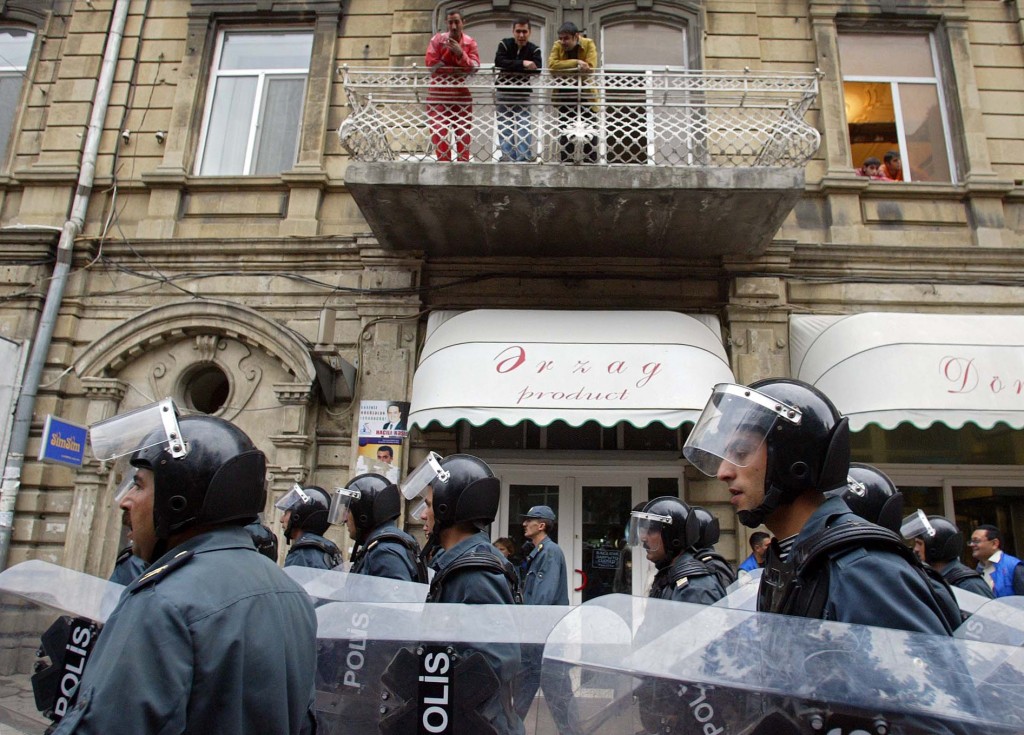 An Azeri court in Azerbaijan froze the bank accounts of the opposition newspaper Azadlig Nov. 5, according to Reporters Without Borders.

The newspaper has been targeted by more than 10 complaints from government-affiliated sources and was forced to pay fines of approximately 65,000 euros, the press freedom organization said.

“The attacks always occur after the publication of items that are particularly sensitive for the government, such as cases of corruption, or examples showing there is no rule of law in the country,” said Azadlig editor Ganimat Zahid in an interview with Reporters without Borders.

Reporters Without Borders wrote that the move was an attempt to stifle the paper’s operations. Here’s an excerpt from their report that illuminates the problems journalists face in the region:

“This illegal decision is a decisive phase in moves over the past few months to suffocate Azadlig. Exorbitant fines and a deliberate attempt to squeeze its circulation have put the newspaper in a precarious position, further exacerbated by its bank account being frozen. The paper’s survival is under greater threat than ever, which is precisely the intention of the courts."

“Most of the opposition newspapers in Azerbaijan have been closed, one after another. Broadcast outlets are totally controlled by the authorities. In these circumstances, the closure of Azadlig would be a fatal blow for media pluralism in Azerbaijan. Such a prospect is unimaginable.”

Zahid said that a lot of money has been spent on newspapers that few read. Authorities have realized that few are buying these papers, so the new distribution network is only benefiting a few independent papers.

“The change to the way newsstands are run is a corrupt attempt to control the distribution of the press,” Zahid said in the article.

Media in Azerbaijan are also targeted by cyber-attacks, according to an article by Index, the Voice of Free Expression. Index reported that denial-of-service (DDoS) attacks by hackers originating from an IP address registered to the Ministry of Communications and Information Technologies has targeted Azadlig.

I don’t think a single one of our colleagues has escaped pressure of one sort or another from the authorities. They have been kidnapped, assaulted, arrested, threatened and blackmailed,” Zahid said.