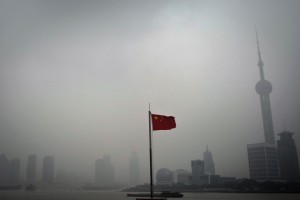 A Chinese flag flutters at the promenade on the Bund in heavy smog in Shanghai, China, 3 November 2013.