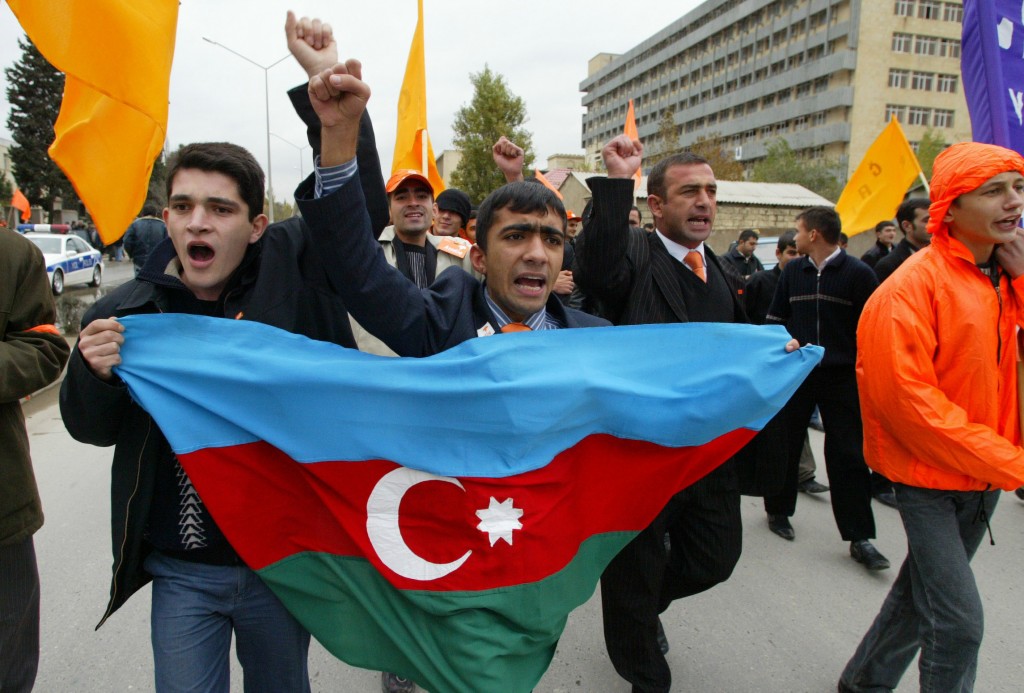 EurasiaNet reports that Azerbaijani television footage showed two Azerbaijan poets arriving at the Azerbaijani-Iranian border and reuniting with friends and relatives on Sept. 6 after spending nearly four months in an Iranian jail.

Radio Free Europe/Radio Liberty (RFE/RL) reported earlier that the poets, Shahryar Hajizadeh and Farid Husseinov, were arrested under allegations of espionage. The two poets were accused of being connected to the Azerbaijani secret services and recruiting Iranian advocates to encourage separatism.

According to EurasiaNet, the poets’ release is apparently a peace-offering to the Azerbaijan government and came near the same time Iranian Vice-President for Cultural Affairs Hasan Mousavi visited the country.

In an article by the First Independent Military News Portal in South Caucasus, a spokesman for the Iranian Ministry of Foreign Affairs Ramin Mehmanparast said, “The citizens of Azerbaijan Farid Husseinov and Shahriyar Hajizadeh were released due to friendly relations between the two countries.”

The poets originally traveled to Iran to attend a poetry festival and were arrested on May 2.