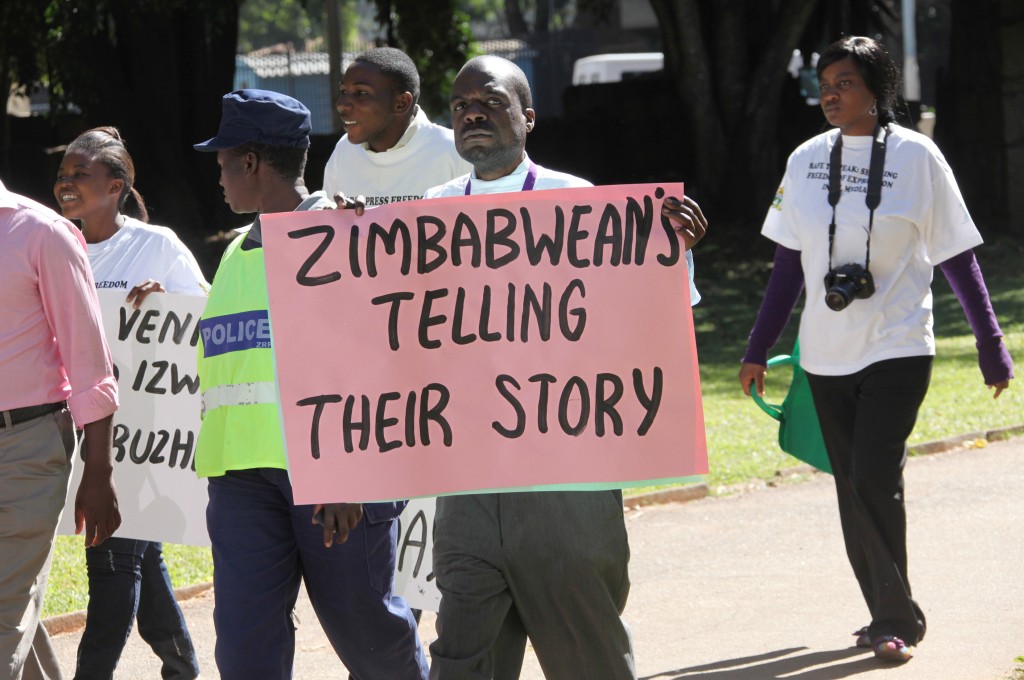 Four separate attacks against journalists in Zimbabwe could make it difficult for citizens there to receive accurate and timely information ahead of the country’s upcoming July 31 general elections.

On June 14, three masked assailants reportedly abducted Zimbabwean freelance journalist Paul Pindani from his home in Chinhoyi, a college town about 75 Miles outside of the country’s capital of Harare. According to local reports, Pindani was gagged, assaulted, and left for dead before he was discovered in the street and taken to a hospital, where he was treated for a broken arm and numerous bruises.

James Muonwa, a correspondent in the Mashonaland West province for the news website NewsDay and vice president of the local chapter of the Zimbabwean Union of Journalists, said in news reports that Pindani had been attacked in connection with a June 11 story in NewsDay, which alleged that a member of the ruling ZANU-PF party had been arrested on charges of fatally assaulting a local businessman.

Muonwa said the attackers suspected that the story was attributed to Pindani because he was the most widely-known journalist in the region, but that he was not responsible for the article. Muonwa also revealed that Pindani told him about threats that he had received before the attack. Police are currently investigating the attack, but have not yet made any arrests or named suspects.

Three other journalists were attacked earlier this month.
On June 8, Bernard Mapwanyirea, a reporter for The Masvingo Mirror, was assaulted by security staff allegedly working for Prime Minister Morgan Tsvangirai’s Movement for Democratic Change (MDC-T) party while he was covering an election campaign.

On June 7, MDC-T security staff also attacked Zimbabwe Independent reporter Herbert Moyo while he was covering a protest outside of the party's headquarters.

On June 6, MDC-T security staff detained and questioned Chronicle reporter Mashudu Netsianda for “gate-crashing” a meeting between Tsvangirai and members of the business community in Bulawayo. MDC-T security reportedly seized Netsianga’s notebook and deleted recordings during his interrogation.

In an editorial, the Zimbabwe Independent suggested that the climate of violence towards journalists was expected given the country’s high level of political polarization.

On June 12, Zimbabwean police reportedly warned political leaders against inciting their supporters amidst the pre-election tension and recent attacks on journalists.