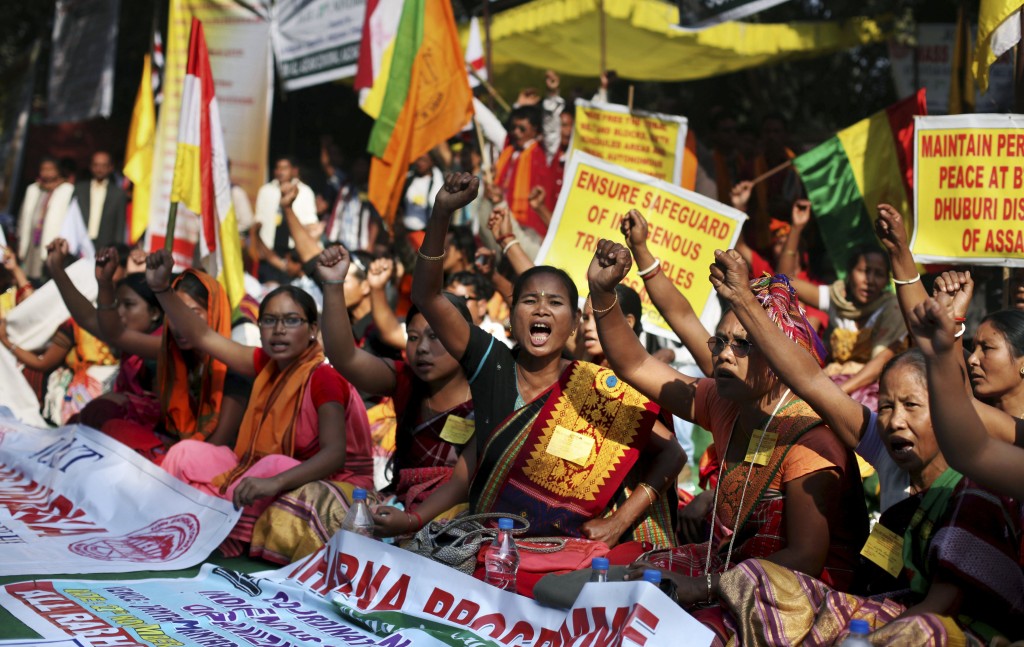 Global Journalist explores the numbers, tweets and news reports behind the violence in India's Assam region.

The conflict among ethnic groups in India's Assam region and the country's controversies over social media limits have had major implications. Global Journalist scoured the Internet to uncover the history, critical events and news from one of India's most pressing ethnic conflicts.

Amid tensions in India's Assam region, the Indian government enforced Internet service providers to block more than 300 Web pages in an effort to curb tensions between Muslims and rival ethnic groups in the country's northeastern region.

The New York Times reports that the restrictions surfaced from the government's reaction toward ethnic violence in the northeastern state of Assam. A half million people have fled to refugee camps after 78 people died and more than 14,000 homes were destroyed.

The root of the conflict stems from Assam’s diverse ethnic population. One-third of the population is Assamese. The other two thirds consist of migrants from other parts of India, Bangladesh and ethnic tribesmen; as a result, tensions arose after these groups assimilated into the Assamese society. Muslim migrants were targeted during recent riots.

The violence started in July and escalated quickly throughout the past weeks. On Aug. 21, speculation on websites and mobile text messages about the violence created a nationwide panic among Assamese migrants.

In response, Indian officials decided to limit rumors by blocking websites. Most of the websites blocked were that of Twitter accounts of journalists and online news media. On Aug. 23, the government limited mobile users to send a maximum of 20 text messages per day. Thousands of Indians who use text messages to conduct daily business had to close their businesses.

India’s leadership faces another major challenge: trying to control more than 100 million Internet users. New Delhi officials have not been able to control social media sites, a popular platform for users age 25 and under. This demographic has its strength in numbers, making up half of India’s total population of 1.2 billion.

The numbers behind this year's violence in Assam:

5 — The number of text messages that India’s 700-million phone users were originally allowed to send daily, according to The New York Times.  Indian government officials have blamed Pakistan for furthering ethnic tension via technology such as the Internet and cell phones.

20 — The Indian government increased the number of text messages that they allowed citizens to send daily. “What happens is that if certain information through social media is floating around which is objectionable to a certain country, that information is required to be stopped or removed from the public domain,” said Kuldeep Singh Dhatwalia, a spokesman for India’s Home Ministry in a New York Times article.

78 — deaths have been reported in the northeastern state of Assam between rival ethnic groups, so far.

500,000 — people have fled to refugee camps because of the conflict, according to The New York Times.

1983 — The year when a controversial election left 3,000 people dead. The indigenous Assamese joined other local tribal groups to oppose the state assembly elections because it was alleged that the electoral rolls were full of illegal migrants from neighboring Bangladesh, according to a BBC report.

2,000 — The number of security forces that the federal government has deployed to guard railway tracks linking the Assam state with the rest of India.