Global hopes for a free press 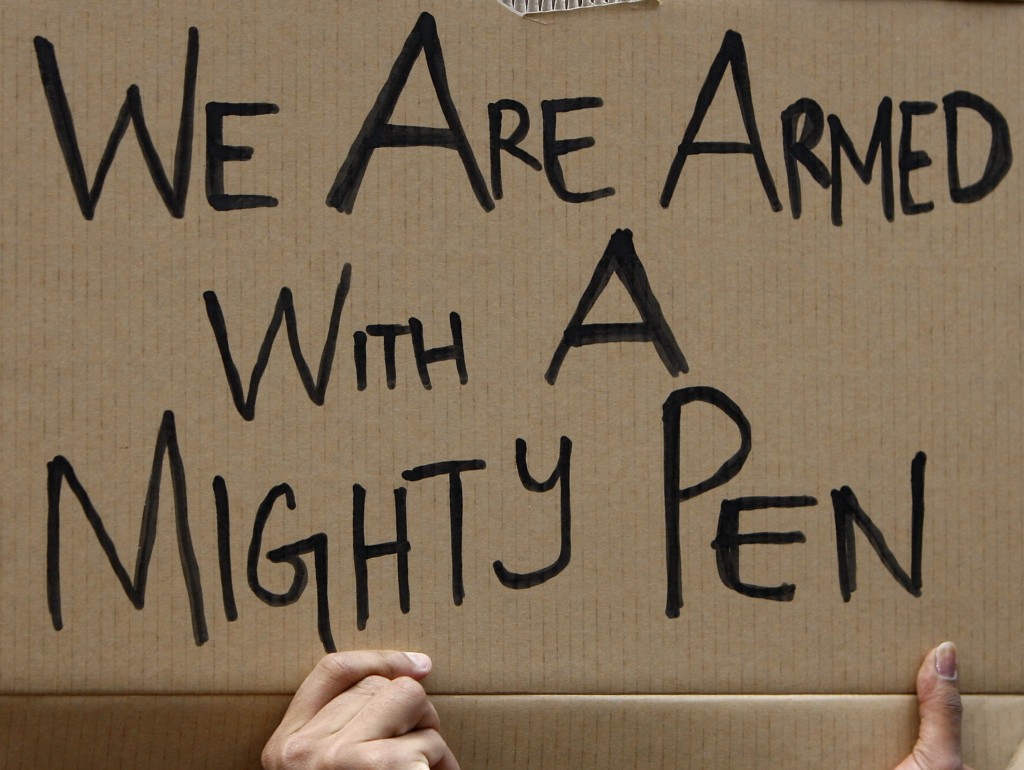 Journalists around the world tell us what changes in press freedom they would like to see in their countries.

In light of World Press Freedom Day 2012, Global Journalist asked media professionals around the world: What change would you like to see in press freedom in your country?

"I am surprised at the low [free press] rank for India. Admittedly, journalists working at grass-roots levels do face considerable risks, but even then, I think our country still enjoys freedom to voice opinion."

"The problem is more of self-censorship, because in the last two decades a lot of corporates have joined the media bandwagon by becoming promoters or advertisers of media houses. While this means better salaries for journalists (which was not the case till 1990), it also means that they have been co-opted. They avoid doing harsh stories and certainly don't want to embarrass a corporate which sustains their newspaper."

"Also, although there's reasonable freedom from pressure of political parties, journalists themselves start identifying with one political party or the other. Even in case of relatively independent journalists, the fear is that if you publish harsh truths about politicians or corporates, you won't get bytes from them in the future."

"So for me, my wish would be for journalists to refrain from self-censorship. I wish that media houses release funds for some good grass-roots stories. At the moment, there's excessive tilt in favor of fashion and lifestyle pieces. In fact, as a very famous authority on agricultural distress in India remarked a few years ago, newspapers have a separate fashion bureau, even a golf bureau, but they don't have a bureau for rural/grass-roots matters."

"Regarding press freedom in Serbia and the whole region, the situation is not so bright. According to the survey, which included all the Western Balkans countries as well as central European countries and Ukraine and Turkey, in 2011 there were 684 recorded violations ranging from imprisonment to physical assaults, political pressure, and threats. On the other hand, the South East Europe Media Organization, SEEMO, which conducted the study, recorded 406 violations in 2010. In the Balkans the most troubling situation was in Bosnia and Herzegovina, followed by Kosovo and Macedonia, while Serbia was ranked fourth in the region. The source of threats and pressures varies and may come from politicians, religious organizations and business groups, which could be linked to mafia-style dealings."

"However, in my opinion, the main problem are not physical assaults or threats but economic pressure. On one side, problems with collective contracts or the lack of any contracts as well as poor salaries complicate journalists’ activities. On the other side, obscure media ownership structures and hidden interests, even hidden names of investors in media are big threats to media freedom. In situation when journalists are under financial and political pressure, you have censorship and self-censorship in the work of media."

"When we speak about one thing I would like to change in Serbia regarding press freedom one year from now, that is more transparency of media ownership structures. In Serbia, several very influential TV stations and newspaper have very unclear ownership structures. Except that, a few people linked to the major ruling party are owners of many marketing and PR agencies which control almost the whole advertising market in Serbia. So they have a huge influence on media."

"Good journalism depends entirely on brave, reliable sources, especially in times like ours, when so much in government is opaque by design. The whistleblower crackdown under the Obama administration does not bode well for the future of our fourth estate."

"Press freedom in India is under serious threat and under questionable scrutiny from several quarters, including the Press Council of India, of which I am a member, and also from the end of an influential section of the Union Government."

"What I would expect in a year from now would be a strong movement led by media professionals to defend the freedom of the press. This would, in effect, ensure freedom of expression to every individual as has been enshrined in the Indian constitution."

"Right now, the Nigerian media is under attack by an Islamic terrorist group called Boko Haram. I want to see a stop to these attacks on journalists. Media practitioners derive their powers directly from our constitution, and we must do it without fear or intimidation. We need the government to find a solution to this dire security issue. I also will like a situation where the recently passed Freedom of Information bill will become a veritable source of media news and investigation."

"The Burundi media is enjoying relative freedom compared to the Great Lacs' countries's media (Rwanda and DRC). If media was not playing their key role to let different people, political opponents even rebels groups's representatives during the last years' crimes, it is not at all sure that the relative "peace" that burundian are living could exist. Through Burundi media, the whole world followed carefully the different electoral and reconciliation process these last 10 years through "media synergy," a rare phenomenon in Africa. Burundi media are known to even cross the territorial borders to give speech to Tanzania, Rwandese and Congolese citizens."

"Now, as criminality, political killings, corruption, lack of medical care/justice, etc., still being there, medias, especially private ones are becoming, unfortunately, like tribunals. This is why media professionals from those particular private media are facing threats: now a journalist, (Hassan Ruvakuki) has been in jail since november 2011."

"We hope that political leaders correct what is not fair to let global freedom opinion what should facilitate people's reconciliation, in Burundi and in Great Lacs Region. I let know that Burundi, having faced a more than a decade of ethnic killings and poverty, is now trying to engage in a truth and reconciliation process, what is not at all impossible without medias believing different NGO's reports (HRW.org, ICG.org, UN.org, SFGG.org, etc)."

"My proposition is just to release that journalist first, to financially support media and hope a common area is established where discussions are to be held about problems that may occur, between the power and media domain."

"Too many places think of press freedom only one day a year. These annual ratings remind us that free expression is one of the Four Freedoms recognized by the United Nations in its basic declaration of human rights. A look at the Freedom House ratings, the oldest of these studies, reminds us how slowly change can come in this direction."

"I would like to see the U.S. get rid of food defamation laws so investigative journalists would have an easier time watching the quality of the foods we eat."