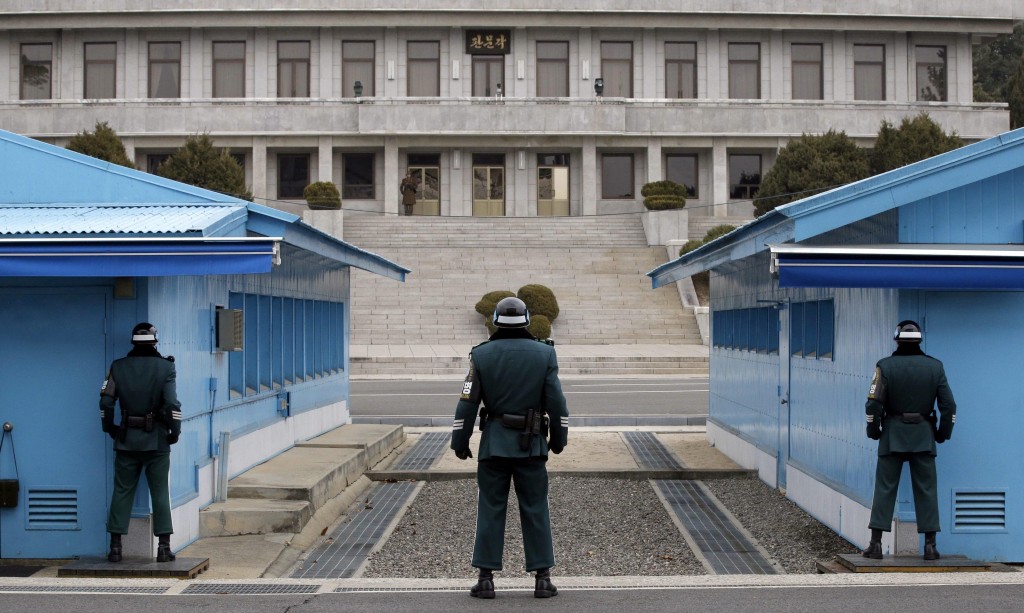 During a four-year investigative reporting project, South Korean journalist Lee Hark-joon met North Korean defectors whose stories inspired him to cross the border. He would unveil the secrets of a country notorious for cocooning itself from the world.

Hark-joon met human trafficking merchants. He made deals with soldiers who sold drugs. He secretly fled across the North Korean border with refugees. He was booted from Korean embassies. He interviewed North Korean loggers in Siberia. He fainted in a jungle. He was caught by police several times and imprisoned in China and Southeast Asia.

Hark-joon, a reporter for South Korea’s leading daily the Chosun Ilbo, recounts these stories in his book "The Border of Heaven" and the documentary film "Crossing Heaven's Border." He recently spoke with Global Journalist about his experiences and the life-threatening measures he took to tell those stories — memories that still give him nightmares. The following interview has been translated from Korean to English.

Global Journalist: Why did you make human rights abuses the focus of your documentary film?

Lee Hark-joon: It is hard to report on North Korea because it is shrouded in mystery, especially to journalists. There are many rumors about the family of Kim Jong-il, political prison camps, human trafficking, drug smuggling across the North Korean border and defectors living in China or in a third country. I felt like those rumors resembled stories of Nazis during World War II and the Jews who suffered under their oppression.

I wanted to see for myself what’s going on there, no matter what kind of risks I had to go through. I had been aware of the considerable risks, before departing South Korea. Honestly, I hoped that I could come back safely.

GJ: I want to ask you about your colleagues who accompanied your North Korea trip. Do you think they would work with you, if you work on this kind of project in the future?

Hark-joon: Cameraman Jeong In-taek said he will not participate in this kind of project again. So, I left the project in 2009. I totally understand his reasoning and am grateful for the courage he has shown. Without him, this project would not be completed.

Reporter Han Yong-ho has worked with me until recently. After covering this defection story, we are working on an investigative story on Korean Pop. I always thank him for working with me and risking his life. However, he is feeling tired as well.

I hope I wouldn’t be assigned to this sort of project again. We have illegally crossed the border a dozen times and gone aboard smuggling boats twice. I want to throw away this burden because I have my family. I am still suffering from post-traumatic stress and have nightmares sometimes.

GJ: The accounts of human trafficking in North Korea were shocking, especially concerning life in the border area. What happened to women who were living in the brothel described in your book, and why did some of the women flee and leave behind their children?

Hark-joon: All the stories that I heard turned out to be factual. Hungry North Korean people sold their daughters for little money, an amount enough for a couple meals for the family. Chinese brokers bought young women at a cheap price and sold them to Chinese who wanted women who could have babies. (Those women were not wives.) Some of the buyers became bored with the purchased women, sold them to brothels and bought new women.

Women in an area called “Haha Town” were brought to the brothel in such a way and were destined to live like that. It was difficult for their children to become a legal Chinese citizens because China’s immigration law grants citizenship only the children born to families who hold legal status. (The situation is getting better, but most are nationless.)

Although women were brought to the brothels and were sold like animals, they wanted to be loved. But they weren't loved, which partly made them flee the desperate place.

I will release a documentary on the women in Haha Town and their children, in partnership with French distributor, next year. It is a story about nationless children who flee the brothel to seek adoption in Switzerland.

GJ: Han Min-soo, who worked as a logger in Russia, was one North Korean man who worked in dire working conditions in Siberia along with others. What can you tell us about those people and their hopes?*

Hark-joon: Their only hope is family. Even in the fatal Siberian coldness reaching below 30-35 Celsius, they talked about wives separated from them 10 years ago and their children who would be fully grown by now. They were the workers who voluntarily came to Russia for money and hoped that they would make more money for their family. The North Korean government, however, took the worker's salary from the Russian government to fill up the budget hole, which victimized those North Korean workers.

They said hard work, biting cold or loneliness was not the source of their agony because it’s what they opted for. What inflicted them the most was the government’s betrayal and being separated from their families.

GJ: How has the history of Korea shaped the interaction between North Korea and South Korea?

Hark-joon: I often felt like defectors were living in loneliness. That reminded me of South Korea in the 1970s when the country had an unstable political system and was in poverty. People were poor, but they shared joys and sadness of life with their neighbors, as far as I remember.

It seem like the situation was pretty much the same in North Korea. The people suffered from hunger and were unsatisfied with the Kim Jong-il regime, but they shared lives with their neighbors. The defectors were concerned about their family and neighbors being affected by their defection, and that was part of the reason why they felt lonely.

GJ: What suggestions can you give to journalists who are covering North Korea's border area?

Hark-joon: I recommend that they do not approach North Korean issues like “Shocking Asia,” only focusing on strange and repulsive things in the border region. I also suggest that they not rush their reporting.

Reporting in such way could cause harm to defectors and activists who work to help them. We remember sacrifice and notable accomplishments by international journalists in regard to uncovering refugee problems. But I question whether they put the same amount of effort to cover Asian refugees.

There are more than 100,000 North Koreans who fled the country and are hunted by the communist government. In addition, most of them are suffering in China, which has emerged as the world’s super power. I hope more brave journalists give more attention to the North Korean refugee issue.

GJ: What did you take away from this life-threatening project?

Hark-joon: The biggest accomplishment is that I came back safely and am now looking back on my experience from a safe place.